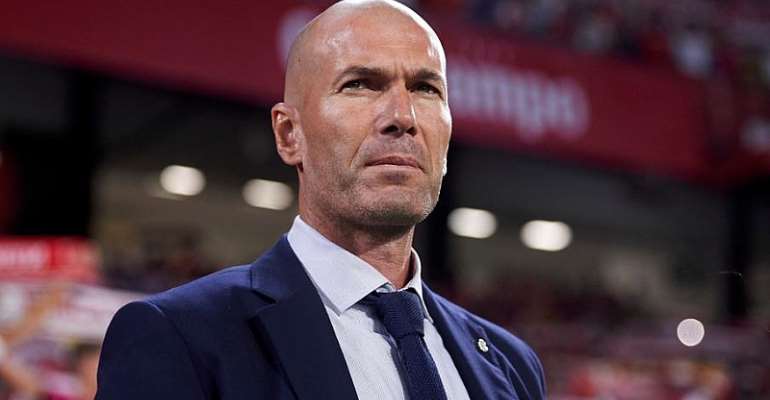 Real Madrid's squad depth might just give them the edge over a Lionel Messi-reliant Barcelona side in the title race, while Atletico Madrid continue to struggle.

REAL'S FRINGE PLAYERS STEP UP
Real hosted fourth-placed Sevilla missing four first-team regulars, including captain Sergio Ramos and forward Gareth Bale - but you would not have known it.

They rode their luck and got the benefit of a dubious VAR call, but Zinedine Zidane's side are showing they have the fighting spirit to overcome adversity and are finding ways to win with squad players stepping up. This time the unlikely hero was two-goal midfielder Casemiro.

That win temporarily took Madrid top of La Liga ahead of rivals Barca, who then got the Quique Setien era off to a winning start against Granada.

While the possession-based style of football was markedly different from that of previous coach Ernesto Valverde, the identity of the goalscorer was not: Lionel Messi netting the only goal in a 1-0 victory.

The Catalans are becoming increasingly reliant on the Argentine, while Real's squad looks better set to compete for the title.

MALLORCA'S ESCAPE ACT IS ON - CAN ESPANYOL JOIN THEM?

At the other end of the table, the battle to avoid the drop is hotting up and Mallorca took a huge step in the right direction as they thumped Champions League last 16 qualifiers Valencia 4-1 on Sunday.

A first La Liga win since November moved the Balearic Island side out of the relegation zone on 18 points, two above 18th placed Celta Vigo.

All five of their wins this campaign have come at their Son Moix stadium and it looks like they will be banking on home support to get them over the line as the season progresses.

Basement club Espanyol also picked up three much-needed points with a 2-1 victory over Villarreal – a first win since October – to move level on points with second-bottom Leganes, but they still remain four off Mallorca.

WHAT IS HAPPENING AT ATLETICO MADRID?
Atletico Madrid might have finished second last term and completed a club-record 120 million euro ($133 million) move for Joao Felix in the close season, but all is not well at the Wanda Metropolitano.

Diego Simeone has been tinkering with systems and line-ups – moving away from his tried and trusted rigid 4-4-2, but things are not going as he would have liked.

Their lack of goals is proving a real problem, having notched 22 times in 20 La Liga games, while they are not as tight as they once were at the other end.

An insipid display, which included midfielder Saul Niguez playing out of position at left-back, away at Eibar summed up their season thus far as they succumbed 2-0.

Also, the sight of the underwhelming Felix being replaced by academy player Sergio Camello with ten minutes to go will be a concern.