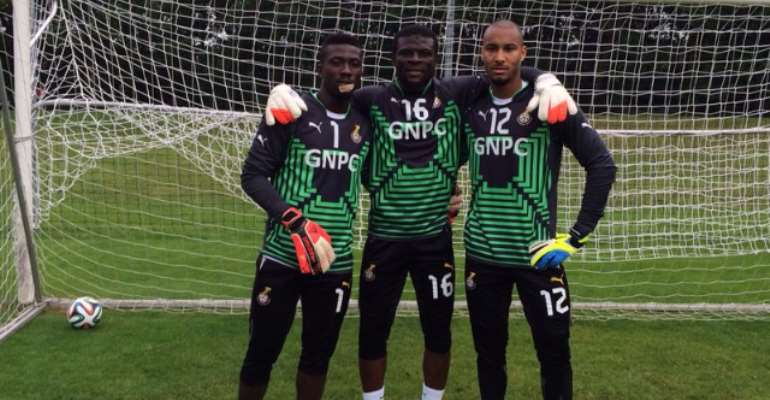 Former Black Stars goalkeeper, Fatau Dauda has rubbished claims that he influenced the ejection of Adam Kwarasey from the Black Stars during the 2014 FIFA World Cup.

The soft-spoken goalkeeper went into the tournament as Ghana’s Number 1 and started the Black Stars’ opening match against the USA.

After losing 2-1, Kwarasey was dropped for Ghana's 2:2 game against Germany and has since struggled to get back into contention.

However, reports have continuously emerged that the Legon Cities FC goalkeeper used 'juju' to get Kwarasey on the benched.

Speaking on an interview with Citi TV, Dauda said if he indeed had access to black magic, there were bigger ambitions than just keeping goal for the Black Stars that he would have used it for.

According to him, he wouldn’t be playing local football but have put himself in the Real Madrid or Barcelona squad and made himself a healthy amount of money.

“Ghanaians have been saying it and I’ve been hearing it. That’s how our job is, you hear a lot of things about you.

"If I had juju, I would go and play outside with Real Madrid our Barcelona and make big money. I train and I pray for God to protect me from injuries so I don’t know where these rumours are coming from.”