Richard Commey Set To Bounce Back In April 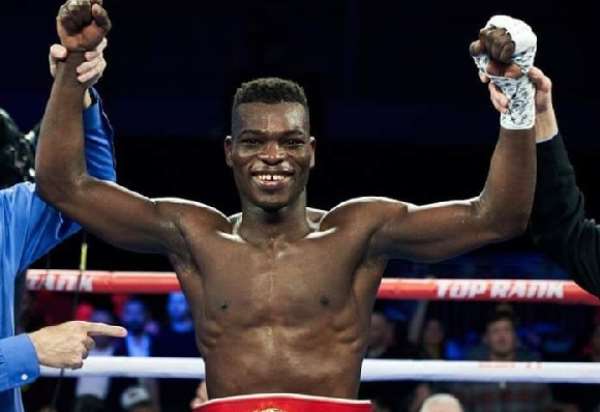 Former International Boxing Federation (IBF) lightweight champion, Richard Commey, is set to bounce back into the ring in April after losing his world title to Teofimo Lopez last month.

Commey plans to engage in a warm-up fight to keep him in shape as he awaits the outcome of the unification bout between the WBC, the WBA and the WBO champion, Vasyl Lomachenko and IBF titlist, Teofimo Lopez, in May.

According to the Manager of Commey, Michael Amoo-Bediako, his ward is in good shape to make an immediate return after his unexpected defeat to Lopez at the Madison Square on December 14 last year.

In an interview with the Graphic Sports, Mr Amoo-Bediako refuted claims that Commey’s career had come to an end following the loss to Teofimo Lopez and assured that the Ghanaian would become a two-time world champion.

“Commey’s career has not ended and he will be in line to make his ring return in April. It is going to be a contest to warm him up towards bigger fights.

“As it stands now, we want to wait to see the outcome of the Lomachenko-Lopez fight in order to see our next line of action,” he said.

Commey, who has won 29 fights and lost 3 in 32 bouts, has a brighter chance of getting another world title shot should both Lomachenko and Lopez decide to leave the division after their unification fight.

Lomachenko is willing to move back to his preferred super featherweight division should he win the unification bout, while Lopez wants to move up to welterweight if he triumphs.

The turn of events could favour Commey who would be in line to fight for the world title again should the champions vacate their belts.