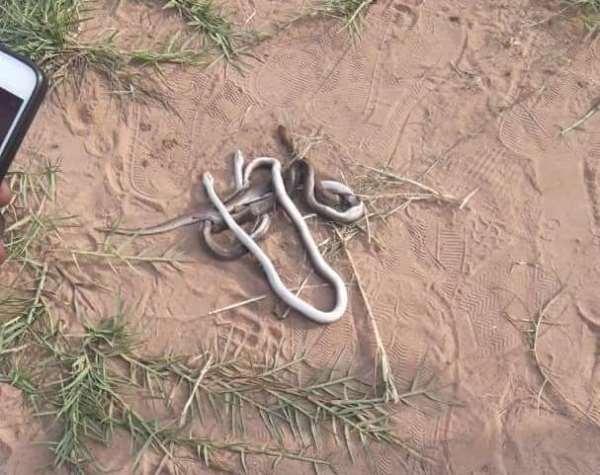 Three snakes were killed on Sunday in the matchday five clash between Liberty Professionals and Hearts of Oak at Carl Reindorf Park.

The game that ended in dramatic fashion had its scary moments as fans got distracted over whether there were more snakes to deal with.

It is not known where the dangerous reptiles emerged from but it is believed they came from the nearby bushes.

The presence of such reptiles means the pitch is not suitable and a major health risk.

Liberty Professionals have been using the stadium for some years now but reports says it was not the first time fans have been put in a scary moment by snakes during a league match.

Before the start of the season, the Club Licencing Board inspected all venues for approval. However, officials of the club were given a month to improve the stadium before the Premier League kicks off.

The park is partly surrounded by some bushes, which make it obvious that more dangerous reptiles are housed in.

The Phobians came from an early goal down to secure a 2-1 win.