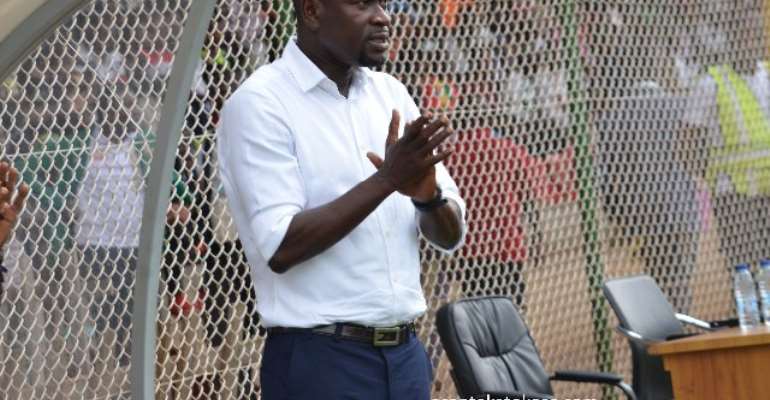 Former Ghana winger, Laryea Kingston has hinted that CK Akonnor has the qualities of a top-class coach to succeed as Black Stars coach.

The 45-year-old has been confirmed as the new head coach of the Black Stars following Kwesi Appiah's contract expiration on December 31.

Many have questioned Akonnor's appointment but the former Hearts of Oak forward beleives the former Kotoko trainer has the qualities to take charge and succeed as Ghana coach.

“The fact that C.K. humbled himself and came here to Right to Dream Academy and learnt a lot is a good thing. We see all he has learnt to reflect in his coaching career. When you look at C.K. he is different from many other coaches in the country.”

“What is done here is very thorough because for instance 80 per cent of the work is done off the pitch. We plan for our next training sessions in advance and it always has an impact on the eventual job on the pitch. I am very happy for C.K. Akonnor and I am also glad that Right to Dream was part of his coaching story.

According to Laryea Kingston, C.K’s credential as an ex-captain of the Black Stars also makes him well placed to understand the team dynamics. “It will be seen in his approach and I see him doing some great things with the team,” he told Joy Sports.

Laryea Kingston has been rated one of the finest midfielders of his generation in the Black Stars and is also considered one of our finest players never to have played at the FIFA World Cup.