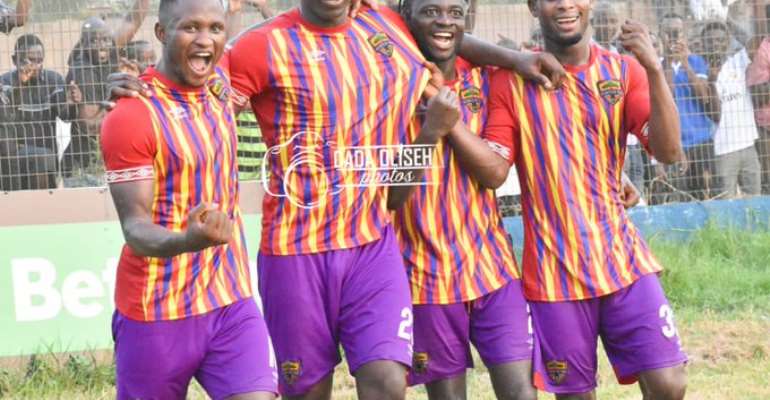 Interim coach of Hearts of Oak, Edward Odoom, has hailed the mental strength and toughness of the team’s players after their 2:1 win against Liberty Professionals on Sunday.

In the last five minutes, Bernard Arthur and Kofi Kordzi sealed their win for the Phobians after conceding a 1st-minute goal from Michael Sefa.

After the match, Odoom highlighted just how strong his team was on the day.

“We are a work in progress at the moment and the players are showing determination, good character and the will to win.

"In terms of the tactics we used to win today’s match, we went with something similar to what we did at WAFA. We defended deeply but we decided to edge a counter-attacking threat to us and on play on the break.”

After a tough start to the league that saw them losing their first two matches to Berekum Chelsea and Medeama, Hearts are now on 7 points after getting wins against Dwarfs and Liberty and a draw at WAFA

They face arch-rivals, Asante Kotoko, in their next Ghana Premier League in Accra on January 26.