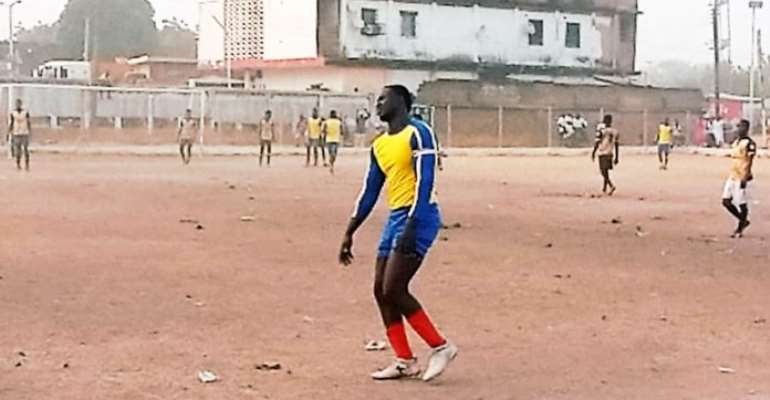 The number of observers extremely worried about the “pathetic conditions” of football pitches in the Upper East Region, home to one of Africa’s soccer greats, Abedi Pele, is shooting up with speed.

More than a few grassless pitches in the region are layered with unwanted nails, bones, broken bottles, gullies as well as rocks and, as such, players dare not slide on their knees to celebrate when they score a goal as their contemporaries stylishly do elsewhere on quality turfs to the admiration of spectators.

Several football players, who took part in this year’s Happy Man Bitters Upper East Old-Skuuls Reunion, a multi-sport tournament organised annually since 2017 by Bolgatanga-based Word FM, were stretchered out of the field of play bleeding seriously from injuries sustained because of the state of the pitches used.

“You dare not slide to jubilate when you score a goal: they would be taking you to hospital. The whole place is harder than a concrete, cemented area,” said Mark Abugbire, referring to the Ramsey Stadium, a facility previously named “the St. John’s Park” in the regional capital, Bolgatanga.

“It hurts that I come from a region where we can’t boast of a green-grass pitch, even an AstroTurf— the whole of Upper East. It’s disheartening. If I remove my jerseys, you would see bruises all over. We call these bruises ‘coins’. People get a lot of unwarranted injuries just because our pitches are not good.

“We went to the Mobil Park. We were playing and we were picking bottles, bones of animals, nails out of the pitch. It’s very worrisome. They just did the Mobil Park in 2017, 2018 or so, but you can’t even see any single green grass. It’s just the same thing as the St. John’s. The authorities should look into it,” added Mark, a footballer-turned-coach of the Bolgatanga Technical Institute (BOTECH) — the overall winners of the two-day tourney. 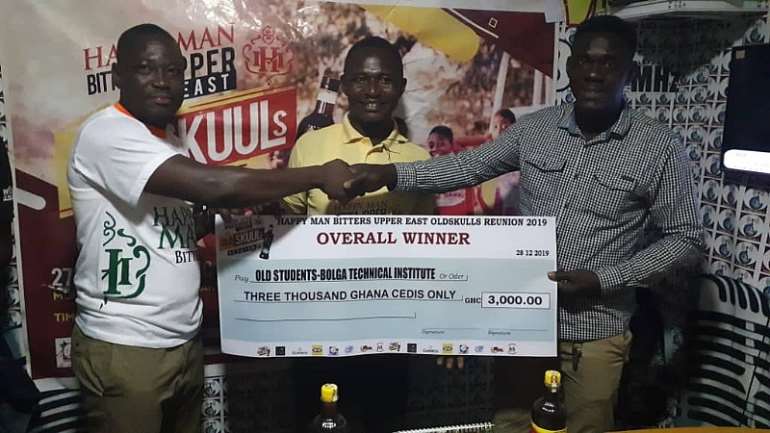 Edward Anafo, the Upper East Regional Marketing Officer of the Charger Limited, producers of Happy Man Bitters and headline sponsor of the event, observed: “A whole lot of players got wounded because of the nature of the pitch. We have to seriously look into it. As a region, at least, we should be able to boast of something good for our footballers.”

Poor Pitches, Poor Premiership, Poor People
If the pitches were good, said the manager of the tournament champions, the region’s premiership performance would be strong and its people would prosper.

“We have suffered for long. We have been to the Premier League. That is what brought us back. We didn’t have a pitch with green grass. It’s part of the requirements. If you don’t have a green pitch or Astro Turf, you cannot play in the premiership. We qualified; we could have stayed in the league; but we don’t have one. We had to take it to Tamale and that is what brought us back: moving the players away from home; supporters were not there.

“If we had gotten a nice pitch, the economy of the region would have been boosted. Every week, we would play matches; people would come, rent hotels, people would sell water and yoghourts, people would buy our beautiful baskets, guinea fowls,” noted Mr. Abugbire.

Fourteen schools took part in the event. Winners took home cash prizes which, according to the coordinator of the event, Prosper Anaba, were meant to support the winning schools to put up physical projects on their campuses.

“The Old-Skuuls Reunion is all about creating a common platform for the youth of today to reconnect from far and near. It is also to keep the region active. Unlike the other reunions where people just have fun, there is a prize to this, with a developmental connotation. The best participating school is given a cash prize, tailored towards developing a particular project in the school.

“For instance, when the Bolgatanga Technical Institute won this year, we gave them a cash prize of Gh¢3,000.00 (532 U.S dollars). Organisers will monitor closely to ensure that they (the school) use it (the money) for a project in their old school or their alma mater. Next year, we are targeting Gh¢10,000.00 (1,772 U.S dollars) for the best participating school. We are hoping that more sponsors come on board to support what we are doing,” stated Mr. Anaba.