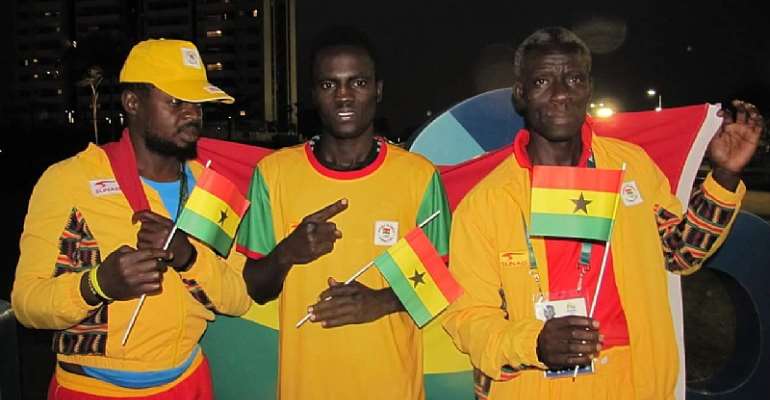 The Black Bombers of Ghana and other boxers on the African continent will meet in Dakar, Senegal between 20-29, February 2020 for the qualifiers for the boxing slots for the 2020 Olympic Games in Tokyo, Japan.

The venue for the event is the Dakar International Expo Centre, Diamniadio.

The world qualifiers will take place in Paris, France, between 13-24, May 2020 at the Grand Dôme, Villebon-sur-Yvette.

The final World event in Paris will give athletes a second chance to qualify, and will, therefore, be open only to those boxers who have not yet qualified from the continental events.

Weight classes being contested in boxing qualification events for Tokyo 2020

The same number of boxers will compete at Tokyo 2020, as did four years previously at Rio 2016.

However, the composition of that 286 athletes will change significantly.

As part of the IOC's commitment to boost gender equality while maintaining the quality of female boxing, the Games in Japan will feature 186 men and 100 women (compared to 250 men and 36 women in Rio) with the number of women's weight classes rising from three to five.

Six places (four men and two women) were reserved for the host nation Japan, while eight further places (five men and three women) were allocated to the Tripartite Invitation Commission.

#FixTheCountry campaign goes international with over 500,000...
41 minutes ago