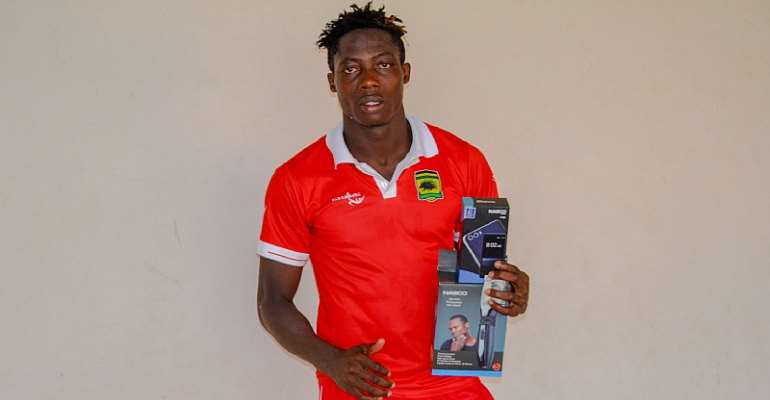 Justice Blay was adjudged the Nasco ‘Man of the Match’ after Kumasi Asante Kotoko defeated Ebusua Dwarfs 2-0 on Sunday afternoon in the Ghana Premier League.

The hardworking midfielder was handed another starting role by manager Maxwell Konadu to help the Porcupine Warriors in their quest to recover from two successive defeats.

In a Match Week 5 fixture of the Ghana Premier League played at the Baba Yara Sports Stadium, Kotoko put up a relentless performance in the second half to eventually emerge as 2-0 winners against Dwarfs.

Later in the game, winger Richard Arthur sealed the win with a tap in from close range after Naby Keita’s initial shot on goal had been pushed away.

At the end of Kotoko’s two nil win, Justice Blay was named the Nasco Man of the Match for his immense contribution. The midfielder has taken home a brand new mobile phone from Nasco as well as a hair clipper.