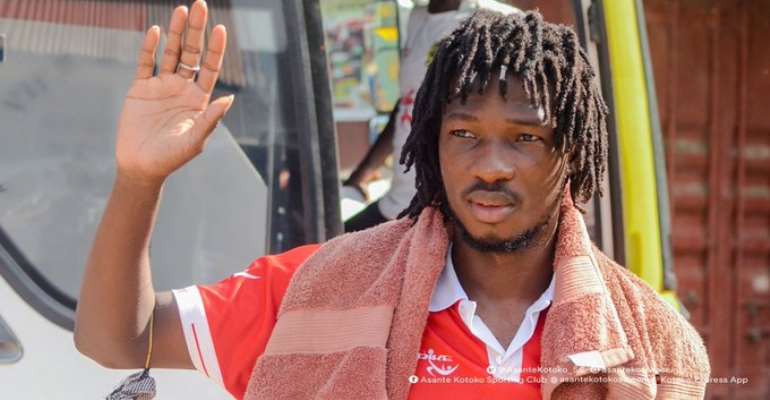 Executive Chairman of Asante Kotoko Dr Kwame Kyei has confirmed that the club will not be able to meet the financial demands of the striker.

The 28-year-old has refused to renew his contract with the club.

The Burkinabe's contract with the club ends in April this year.

But according to Mr Kyei, the club cannot meet the $150,000 demand of teh forward and the club will allow him to leave.

"For Sogne Yacouba, to be honest before God, that amount he demands from us, which is $150,000, we can't give him that money," he told the press after Kotok's 2:0 win over Ebusua Dwarfs.

"There is no way we can give that money (amount) to him, if we fail to tell you (the supporters) the truth his contract time is due and we say we can sign Sogne Yacouba then we have lied to you.

"We discussed with him because we had an offer for him earlier that he was supposed to go. We told him to go and we will resign him but he said he won't go and he is charging us a fee of $150,000 but if we said we can pay that money then it's a lie, we can't," he added.

He joined Asante Kotoko on a two-year deal after a successful trial at the club in 2018.

Yacouba is yet to score in the ongoing Ghana Premier League after featuring all the five matches for Asante Kotoko.

He has attracted offers from Orlando Pirates among other clubs on the continent.