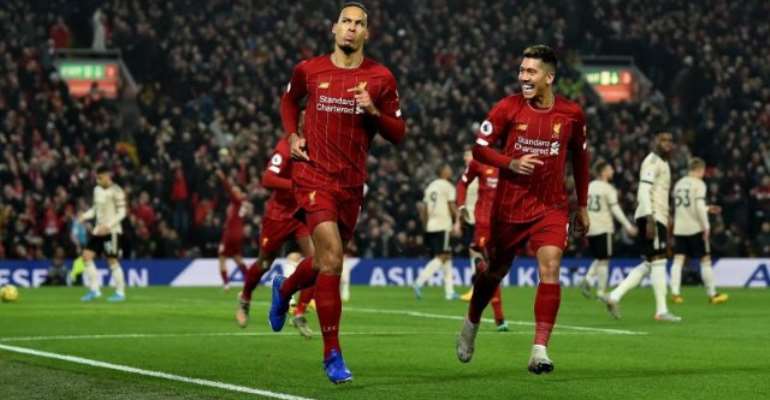 Van Dijk’s towering header put the hosts ahead, but a second goal was ruled out when the defender was adjudged to have fouled United goalkeeper David de Gea in the build-up.

Both teams missed chances in a game that Liverpool edged, before Salah wrapped it up with a counter-attacking goal in stoppage time.

The result sends Jurgen Klopp’s side 16 points clear at the top of the table and maintains their remarkable unbeaten record.