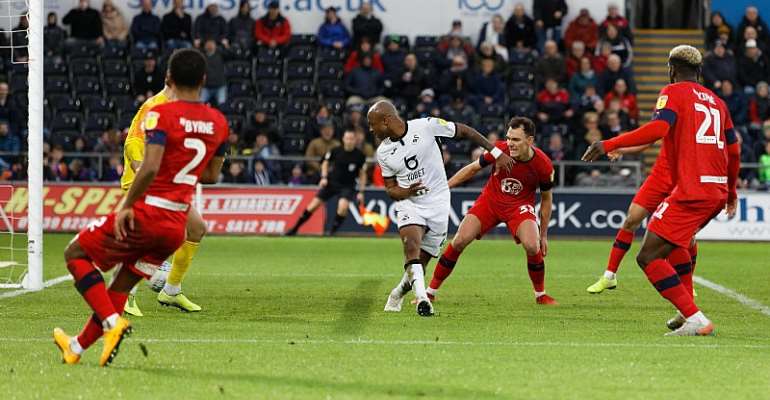 Andre Ayew has tipped Rhian Brewster and Conor Gallagher to achieve “great things” at Swansea City after the teenage loanees played a key role in the 2-1 win over Wigan Athletic.

The Liverpool loanee Brewster levelled the scoring during his first appearance at the Liberty with Gallagher – who joined on a temporary deal this week from Chelsea – claiming the assist.

Ayew went on to score the winner as he took his tally to the season to 12, but Brewster’s energetic performance and Gallagher’s performance just three days after arriving from Stamford Bridge caught the eye.

And the Ghanaian was full of praise for the 19-year-olds after they helped Steve Cooper’s side move into the Championship play-offs. 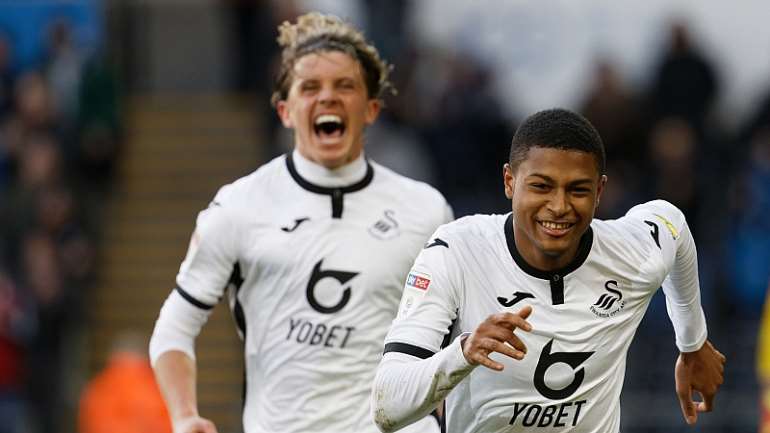 “Both of them did well. Conor set up Rhian for his goal so that is great for both of them,” the Black Stars skipper told the official club website

“I am happy for them and it is good for them to start on a good note, it always builds your confidence quicker and helps you settle in better.

“For Rhian to have one goal in two games, that’s sweet.

“They both need to keep going and build on this performance. I know the fans have high expectations from the two of them because they have joined from Liverpool and Chelsea but we shouldn’t forget they are very young.

“They are going to do great things here - sometimes things won’t go to plan but it is a learning process.

“They have a lot of quality and I think it will get even better as we further understand their movements and play in the next few games.

“We will use that to our advantage and they will help us a lot. But let’s just be patient and not put too much pressure on them and let them play their football.”