Match Report: Resilient Hearts Of Oak Climb From Behind To Beat Liberty 2-1 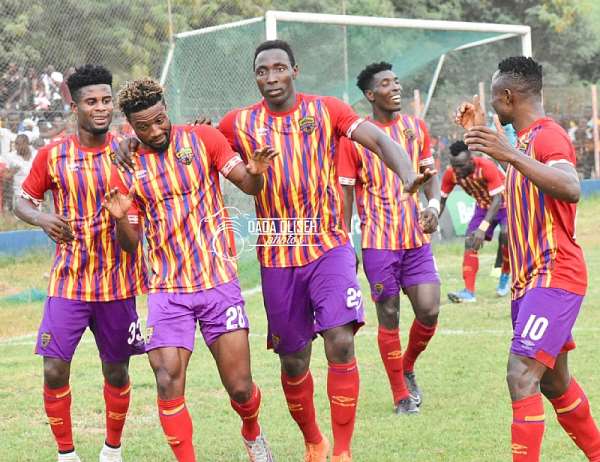 Accra Hearts of Oak has climbed from behind to post a deserved 2-1 win against Liberty Professionals at the Dansoman Carl Reindorf Park today in a Match Week 5 fixture of the ongoing 2019/2020 Ghana Premier League season.

The Phobians with their inconsistencies went into today’s match hoping to win to build on their confidence. Their plan was however shuttered less than five minutes into the first half when Liberty Professionals took the lead.

Defender Mike Sefa jumped highest to head home from a corner kick to ensure the Dansoman-based club went into the break with the narrow lead.

Despite recovering to put pressure on Liberty, Hearts could not find the back of the net and had to go into the halftime break still on the losing side and in need of a revival.

In the second half, the Rainbow lads improved their performance tremendously and made sure they played in the half of the opponent. Following constant pressure on the home team, the Phobians finally got the breakthrough on the 86th minute when winger Bernard Arthur scored against his former team.

Three minutes later, striker Kofi Kordzi got into a good position and made no mistake as he buried the ball in the back of the net to complete the comeback for the Ghanaian giants.

At the end of the 90 minutes, Hearts of Oak has bagged all 3 points courtesy a 2-1 win.