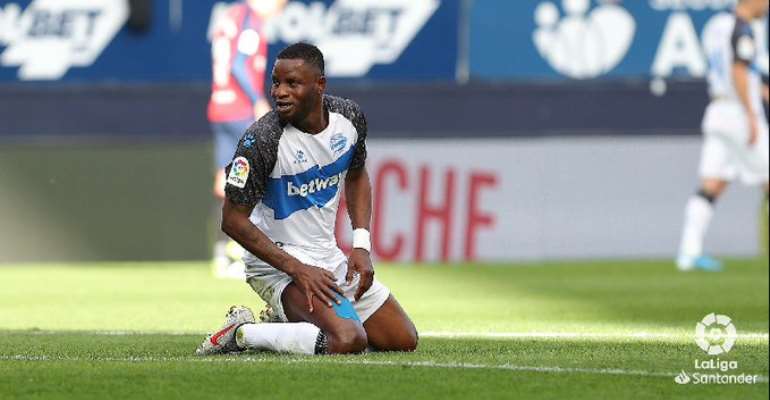 The 28-year-old had been heavily linked with a move away from the Basque side during the January transfer window.

However, the La Liga side have officially confirmed his exit via their official Twitter page.

There is no confirmation on the details of a transfer fee paid between the two sides, however, it could be possible that Alaves have agreed to terminate his deal, which was due to expire in July 2020.

Wakaso joined Alaves in 2017, after agreeing to end his contract with Greek side Panathinaikos, following previous spells at Elche, Villarreal, Espanyol, Celtic, Las Palmas and Granada.

The midfield dynamo has been a regular in the Alaves side int he past 18 months, under both Abelardo Fernandez and Asier Gartitano, however, he has previously stated his desire not to sign a contract extension at the Estadio Mendizorroza.

He will now link up with Brazilian pair Miranda and Alex Teixeira, as Jiangsu Suning push for their first-ever Chinese Super League title in 2020.