It Was My Priority To Return To France - Majeed Waris Reveals 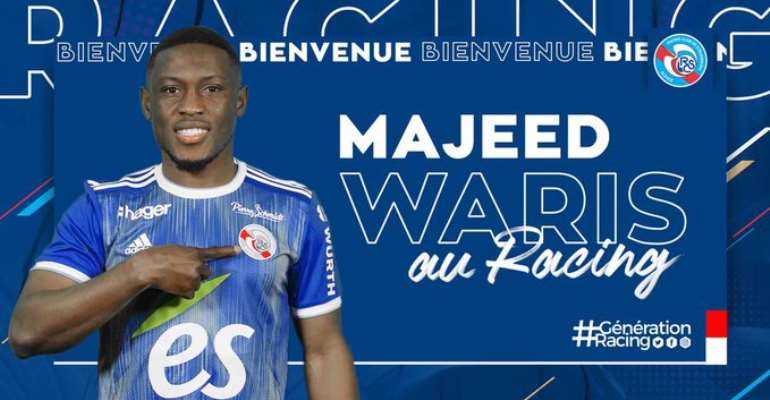 Ghana forward, Majeed Waris has revealed that it was his priority to make a return to the French Ligue 1.

The 28-year-old returned to FC Porto in Portugal after his loan spell with FC Nantes.

However, Waris has joined RC Strasbourg in Ligue 1 on a one-year loan with a mandatory €2m purchase clause.

After completing his move to the club, the pacy forward says it was his aim to return to France.

"I'm very happy to come to Racing. It was my priority to come back to France. Strasbourg is a club I know," Waris told his new club's official website.

"I played against Strasbourg recently with FC Nantes. There is an incredible atmosphere in the stadium and I want to experience some great moments with the fans at Le Meinau. I hope to bring my qualities to a team that already has very good strikers."

Waris should have no trouble fitting in at his new club, given that he already knows a host of players in the senior squad.

"I know [right-back] Kenny Lala, with whom I played at Valenciennes, and [stopper] Lamine Koné, who was my team-mate at Lorient," beamed the Ghana hit-man.

"I'm looking forward to meeting my friend [stopper] Alexander Djiku again, with whom I shared a holiday in Ghana. I can't wait to start playing but I'm also really looking forward to discovering the beautiful city of Strasbourg," he added.

He is Strasbourg's first signing of the winter transfer window.