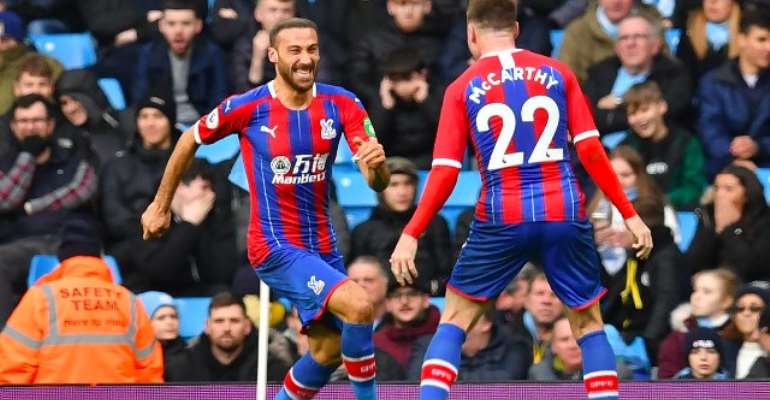 Two Sergio Aguero goals in the last 10 minutes had turned a thrilling game on its head - and looked set to earn City victory - after Cenk Tosun had given the Eagles a first-half lead.

But it was Palace who had the final word when Wilfried Zaha stole down the left and put in a low cross that Fernandinho reached before Connor Wickham, only to divert the ball into his own net.

Sheffield United's outstanding first season back in the Premier League continued as John Fleck hit a late equaliser at Arsenal.

The Blades were typically organised and threatening throughout but looked set for defeat when 18-year-old Gabriel Martinelli steered in an opener for the hosts.

Arsenal dropped deeper as the game wore on and struggled to create too much, although Nicolas Pepe thought he should have been awarded a penalty after the break.

And Chris Wilder's attacking substitutions were rewarded when Fleck hit a deflected shot into the far corner to keep the sixth-placed Blades four points clear of the Gunners.