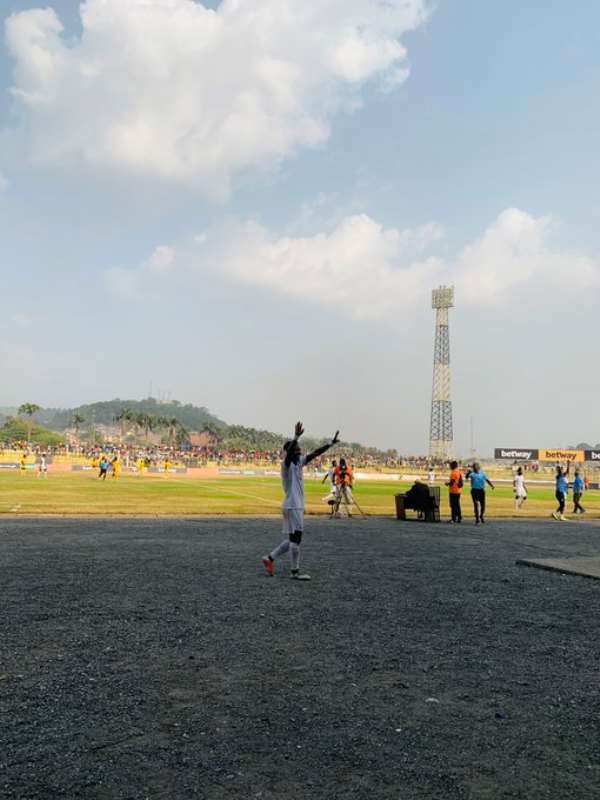 Berekum Chelsea continued their fine start to the 2019/2020 Ghana Premier League season on Saturday afternoon as they posted a narrow 1-0 win over Ashanti Gold courtesy a strike from in-form Kofi Owusu.

The Berekum-based club beseeched the Miners at the Obuasi Len Clay Sports Stadium this afternoon in a Match Week 5 fixture of the recently started campaign.

The home team proved to be the better side in the first half but failed to find the back of the net following inefficiency in front of goal. The away team which had to defend a lot did so with comfort and went into the first half break delighted with the goalless scoreline.

Ten minutes into the second half, Berekum Chelsea found themselves in the lead after star attacker Kofi Owusu had found the back of the Ashgold net with a fine curling effort from the edge of the box.

Though Ashanti Gold came in strong after going behind, their forward line could not provide the expected potency up front. They squandered all the chances that came their way as they ended the match on the losing side.

By virtue of the win, Berekum Chelsea has managed to beat the 3 biggest clubs in the country. They had already defeated Hearts of Oak and Asante Kotoko by a similar scoreline prior to today’s meeting.

The team goes top of the Ghana Premier League temporarily as they await results from tomorrow’s fixtures.