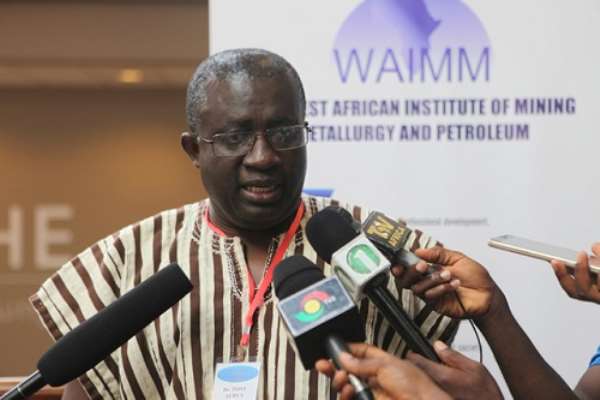 Dr Toni Aubynn, Board Chairman of Medeama SC has told Graphic Sports that his side possesses the requisite qualities to win the ongoing Ghana Premier League.

Samuel Boadu's side are yet to lose a match in the 2019/20 season after an impressive start of the season.

According to Dr Aubynn, the players are committed and motivated to beat any opponent they encounter in the league, which will ensure they are crown champions at the end of the season.

“Yes, we want to win the league. I know others want to win it but that’s the beauty of the competition. We will do our best to win this league as we have what it takes to win it with the performance of the team so far. We will not waste our time on the league if we do not envisage to win. It is our vision to win the league and if for nothing at all be in the top four, but winning the league is the ultimate vision and expectation of the technical team, supporters and the players themselves,” he revealed.

He added: “You all know that before the normalisation issues came up we were on top of the league table, so we will not be surprised if we win the trophy as we continue our business and win ultimately as we are trying now.”

He further said the club’s policy was not to solely focus on winning home matches but to challenge for points in away games as well.

Dr Aubynn stated that the Tarkwa-based club would not be intimidated by the pedigree of the two experienced clubs in the country - Hearts and Kotoko - as they were ready to challenge them in their bid to secure a slot to represent Ghana in the CAF Champions League.

Medeama SC will be hosted by Dreams FC in the matchday five fixtures in Dawu.