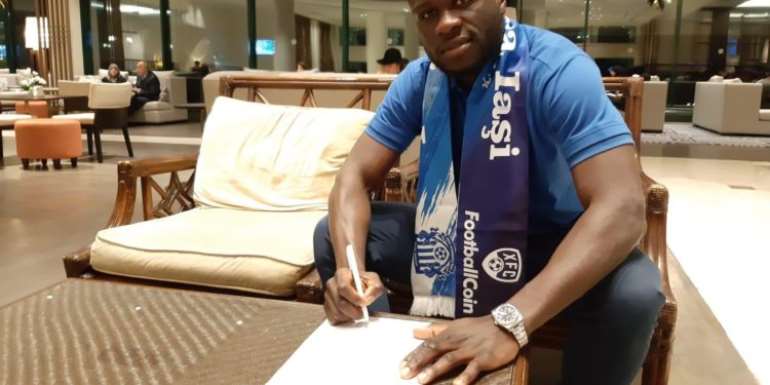 Dutch-born Ghanaian international Kevin Luckassen has joined Romania top-flight side FC Politehnica Iași on a six-month contract with a one year option of extension, according to SportsworldGhana.com.

The 26-year old attacker who has been without a club since leaving Dutch side Almere City in May 2019 has finally return to the pitch after signing a short-term deal with the Romanian top division club.

He will be hoping to rediscover his form to enable him to land a more lucrative deal after the expiration of his contract with the Romanian side.

He is the senior brother of Anderlecht defender Derrick Luckassen, Samuel Brobey of Almere City and Brian Brobbey of Ajax Amsterdam.