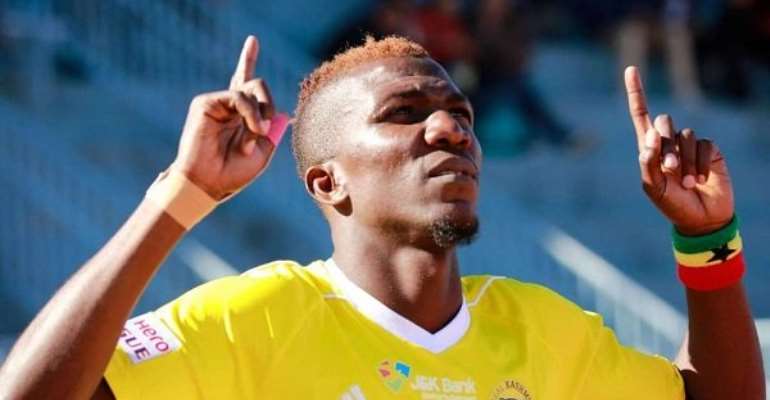 Striker Abednego Tetteh has confirmed his imminent move to Accra Hearts of Oak.

The former Bechem United striker has been in negotiations with the club since returning to Ghana after spells abroad.

“It is true am joining Accra hearts of oak its 99% sure by the end of the day it will be 100%,” he told Accra-based Kingdom FM.

“Hearts of Oak is like the Real Madrid or Barcelona of Ghana. It’s the same with Kotoko so if Barca or Madrid wants you and Getafe and Alves also wants you, which one will you choose,” he quizzed.

The lanky forward watched Hearts beat Ebusua Dwarfs in Accra before travelling with the club to Sogakope in their goalless draw with WAFA.

He was a member of the Bechem United team that won the FA Cup in 2016 before leaving the shores of Ghana to play for Sudanese giants Al Hilal.