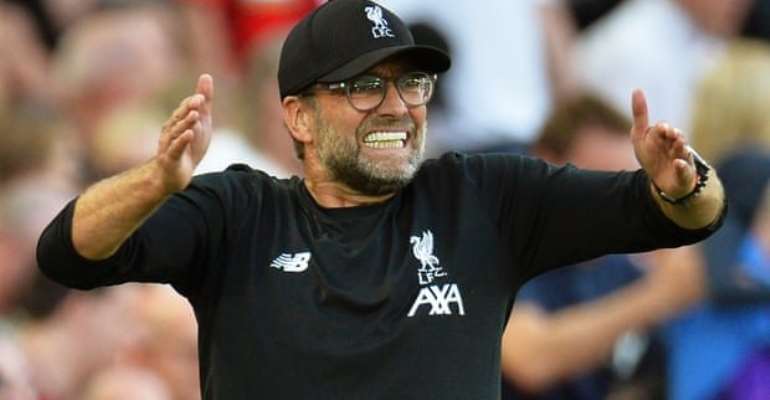 Liverpool manager Jurgen Klopp says moving the Africa Cup of Nations back to January "is, for us, a catastrophe."

The 2021 tournament has been moved from the summer because of "unfavourable" weather in host country Cameroon.

"If we have to make a decision about bringing in a player, it is a massive one," said the Anfield boss.

"You know for four weeks you don't have them. As a club you have to think about this. It doesn't help African players."

The 2019 Cup of Nations in Egypt was the first one to be held in the summer after the tournament had traditionally been staged in January and February.

The decision, made in 2017, to move the start of the competition to June was widely welcomed, especially by top European clubs.

Reverting to a January start also means that the competition will not clash with the expanded Fifa Club World Cup, being held in China in June 2021.

But Liverpool are one of a number of Premier League clubs who will lose first-team players.

"I couldn't respect the Africa Cup of Nations more than I do because I like the competition and watched it a lot in the past. It's a very interesting tournament," added Klopp.

"But, it's an obvious problem that you play a tournament in the middle of the season, although it makes more sense for Africa to play it in our winter when the weather is better for them - I get that.

"But we have absolutely no power - so if we did say 'We don't let him go', the player is suspended.

"If a player is injured and cannot play for us we have to send him to Africa and they have a look and in one or two weeks they are back. Nowadays, it should not be like this."

'We haven't defended perfectly'
Alisson joined Liverpool from Roma in 2018 for £66.8m

Meanwhile, Liverpool can still improve defensively, according to Klopp, despite having recorded nine clean sheets in their last 11 games in all competitions. The Reds had only managed three in their first 24 competitive matches of this season.

The German suggested that saves made by goalkeeper Alisson and chances spurned by Wolves and Tottenham in recent games have been a factor in their defensive improvements.

"It's just used to getting each other, getting more and more convinced about things and, how I said, luck in the right moment: in life and football, without luck you don't have a chance," he said.

"We have to be honest in these situations, it's not that we defended completely perfect in the last six games [no goals conceded], there's a lot of space we have for improvement, but we knew that."

'You lose the ball and the train starts going'

Klopp also said his team will have to be at their best to overcome a counter-attacking Manchester United side, who they drew 1-1 with during the league meeting at Old Trafford in October, when the sides meet at Anfield on Sunday.

He added: "The majority of the time, we face teams set up like this.

"We want to be dominant, but we have to protect ourselves against this situation. Attacking football only works if you use the full width of the pitch in the attacking half and that makes it dangerous when you lose the ball.

"This game is asking us for perfection. You lose the ball in the wrong moment and the train starts going.

"We respect them totally. The difference to playing at Anfield to Old Trafford is massive."