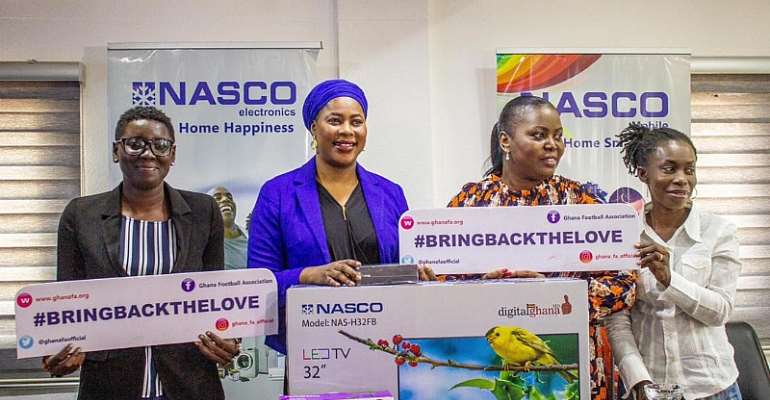 She further stated that beginning from week one of the season, each player who emerges as Woman of the Match in the Ghana Women’s Premier League will be awarded with a sleek Nasco mobile phone and a Hand dryer.

Also, any player who emerges as Player of the month from the Northern and Southern Zone combined will be awarded with a 32inch Nasco TV set, a hand dryer, and a trophy.

Further to that, the best coach from both the Northern and Southern Zone who emerges as Coach of the month will also be awarded with a 40inch Digital Satellite TV set.

It was further revealed that Nasco will also be rewarding the overall goal scorer and overall best player of the League with a NASCO shopping voucher.

Chairperson of the Women’s Premier League Committee, Mrs. Hilary Boaten on behave of the GFA applauded Electroland Ghana Limited for deciding to Support the Women’s game with these great packages saying the stakes will be high and competitive for the players and added that it is the beginning of a long-standing relationship with the NASCO brand.

She, however, revealed that the WPLC will use the same mode of selection in the Men’s category in selecting winners of the various prizes.