Aliko Dangote: Who Is Nigerian Billionaire Keen On Buying Arsenal? 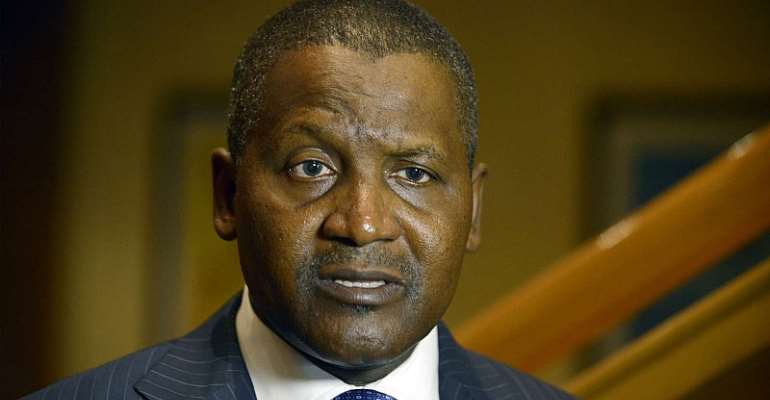 The Nigerian businessman has stated his wish to purchase the Gunners, but who exactly is Africa's richest man?

Born to Mohammed Dangote and Mariya Sanusi Dantata on April 10, 1957, in Kano, Aliko Dangote hails from the Northern Nigerian state of Kano, the most populous in the West African nation.

He has a Bachelor of Arts/Science degree in Business Studies from Al-Azhar University, Cairo.

Before that, his early schooling took place at the Sheikh Ali Kumasi Madrasa, followed by Capital High School, Kano.

Regardless of the fact that he was born into a wealthy family, Dangote was always business-oriented from a young age.

He sold candy at primary school in an attempt to earn extra money, setting the tone for an entrepreneurial life and career.

At 21, he started selling cement, before moving into the manufacturing industry in the 1990s, aided by government policies in Nigeria.

The mogul set up his now-multinational industrial conglomerate in 1981; it's now grown into the biggest conglomerate in West Africa, as well as one of the largest on the continent.

The 62-year-old’s subsidiary companies deal with the manufacturing and production of a number of consumer goods including sugar, cement, rice, flour and fisheries.

According to Forbes, Dangote is the wealthiest man on the African continent, with a net worth of $10.4 billion, which places him 136th in their global billionaires list.

The Nigerian grew $4.3 billion richer in 2019 as his investments in cement, flour and sugar yielded gains.

Dangote Cement is the continent’s largest cement producer, and it produces 45.6 metric tonnes yearly, with operations in 10 countries across Africa.

2020 is predicted to be an even bigger year for the Nigerian, with his ongoing refinery project, expected to be the largest in his homeland, and one of the largest worldwide, close to completion.

Dangote, a testified Gooner, has always retained an interest in buying his beloved club, only to be rebuffed by majority shareholder Stan Kroenke.

His latest assertion to try again in 2021 after the completion of several ongoing projects has also been declined by the American billionaire.

Africa’s richest man is also a keen follower of the Nigeria national team and has offered financial reward for their performances at continental and global competitions in the past.

In August 2019, Dangote redeemed a pledge of $50,000 to the Super Eagles for every goal scored in their Africa Cup of Nations semi-final against Algeria, a game Gernot Rohr’s troops lost 2-1.