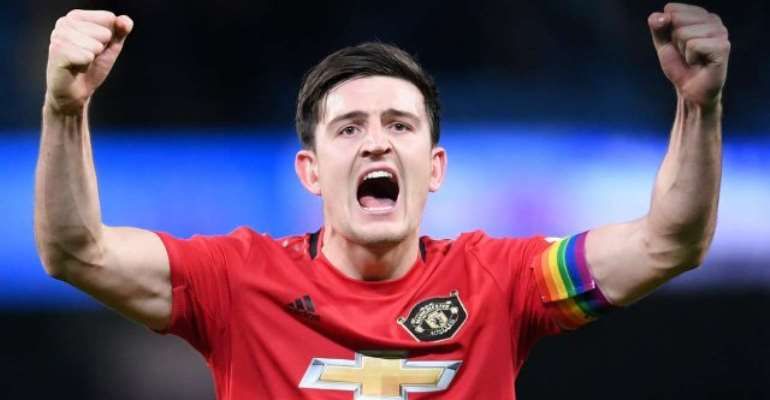 Harry Maguire has been named as the new Manchester United captain just five months after joining the club from Leicester City.

The England centre-half succeeds left-back Ashley Young, who is close to completing a move to Inter Milan.

Maguire, 26, has made 29 appearances for the Red Devils since his £80m move from the King Power Stadium in August.

"Everything about him tells me is a leader," said United manager Ole Gunnar Solskjaer.

"Harry will keep wearing the armband now."
Marcus Rashford, David de Gea and Jesse Lingard have also captained the club this season in the absence of Young, who has made only 18 appearances in all competitions.

Solskjaer 'not holding his breath' on Rashford fitness

Meanwhile, Solskjaer says he is "not holding his breath" about top scorer Rashford recovering from a back injury in time for Sunday's Premier League trip to leaders Liverpool.

The 22-year-old was forced off just 16 minutes after coming on as a substitute in the FA Cup third-round replay win against Wolves on Wednesday.

"We will give him the absolute amount of time to find out," said Solskjaer.

"Marcus will have more checks and treatment today but I am not holding my breath. I would think he wouldn't be ready but there is still 48 hours, so let's see."