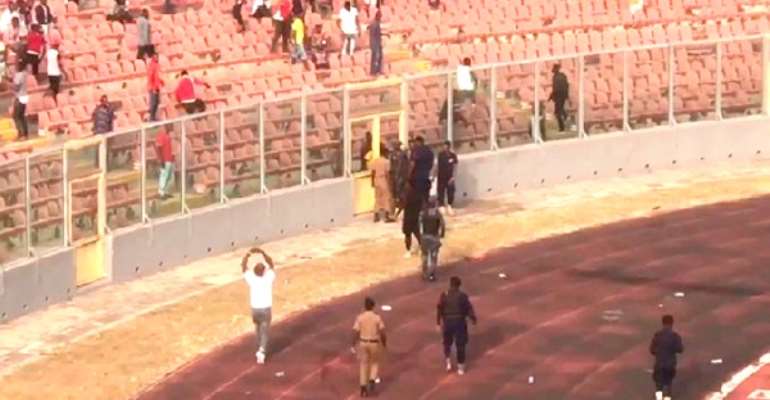 The management of Asante Kotoko has agreed to honour their next five home matches of the Ghana Premier League behind closed doors at the Baba Yara Stadium in Kumasi after pleading guilty to charges levelled against them by the Ghana Football Association (GFA) Disciplinary Committee.

The spokesperson for Kotoko, Mr Kennedy Boakye Ansah, confirmed to the Daily Graphic yesterday that the club had accepted to comply with the sanctions but pleaded with the FA for linency as they would be hard hit by the ruling.

In addition, the Porcupine Warriors have been fined GH¢10,000 following the crowd violence which erupted during their week three league match against Berekum Chelsea at the Baba Yara Stadium last Sunday.

Kotoko have won two and lost two in four league games and are currently ninth on the standings with six points.

The first count of misconduct was the misbehaviour of the club’s supporters who threatened match officials in the first half of the game and were identified by their jerseys.

The supporters were again charged for threatening match officials during recess and just before the second half began.

Third, the club was charged for the throwing of objects by their supporters onto the field of play, leading to a temporary halt for about five minutes.

Lastly, Kotoko were charged for holding the match officials hostage in the dressing room for about one hour before being escorted under heavy security from the stadium.

Proposed sanctions
In accordance with the newly-introduced provisions, Article 34 (7) of the GFA Premier League Regulations, the GFA prosecutor proposed the following sanctions: should Asante Kotoko SC accept their guilt, Asante Kotoko SC shall play five home matches behind closed doors at the Baba Yara Sports Stadium and pay a fine of GH¢10,000.

Asante Kotoko SC has within two days to either accept the charge and immediately comply with the sanction (s) and that will end this matter or otherwise proceed to submit a Statement of Defence as prescribed below.