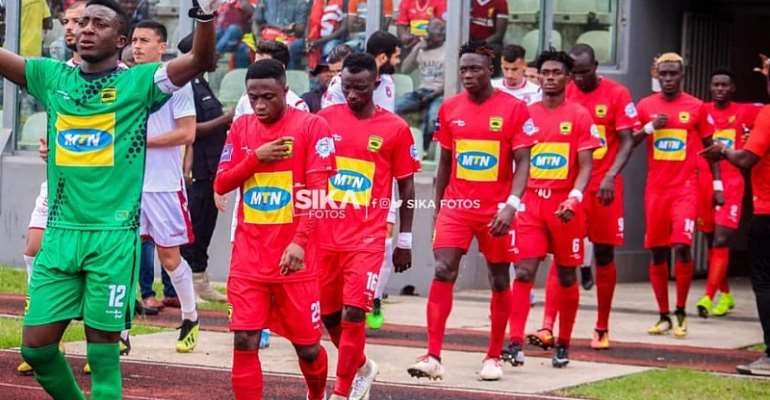 Coach Maxwell Konadu has admitted that their match against Medeama SC was a difficult game after losing to the Tarkwa based club on Wednesday but has charged his players to return to winning ways against Ebusua Dwarfs on Sunday.

Prince Opoku Agyemang converted a penalty on the 3rd minute for the Yellow and Mauves penalty to hand Kotoko another loss after they were beaten 1-0 by Berekum Chelsea in Kumasi in Week 3.

Ahead of their week five-game, Maxwell Konadu hopes his side return to winning after ways after dropping six points.

“The early goal affected us but my players did well in the second half,” he told Asempa FM.

“We kept pushing after the goal but it was a difficult match for us but we hope to win our next game.

“I think the penalty was a mild touch but the referee feels it a penalty. I think as a defender or a striker you have to stay strong but it was the decision of the coach to award the penalty to Medeama.

“We will go back to the drawing board and make sure we correct our mistakes going forward,” he added.

The defeat leave Kotoko at the 9th position with 6 points.