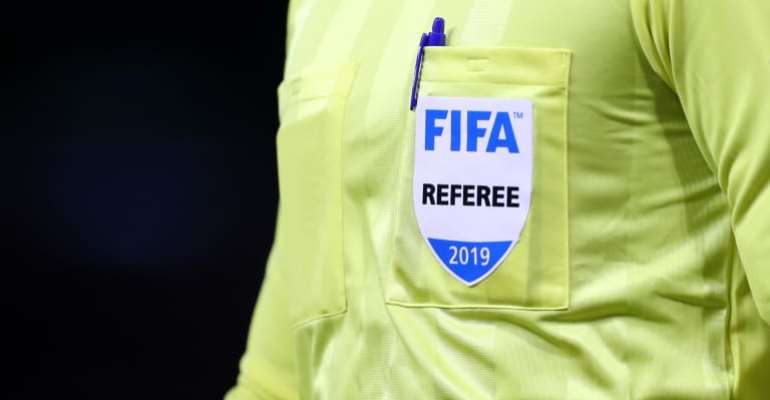 The Referees Committee has commended FIFA Referee Charles Bulu for his performance in the Ghana Premier League Matchweek 3 encounter between Asante Kotoko and Berekum Chelsea in Kumasi.

This was contained in the Committees' Review Report submitted to the GFA on Thursday.

According to the Committee, though it regrets the unfortunate incidents after the match, a holistic review of the video recordings of the game itself shows that the referee was spot on it's his decisions.

“Though, it was an unfortunate incident witnessed at the Stadium on Sunday. But the Referees Committee having watched images and videos of the unfortunate incident, plus the committee holistic review on the game itself, says BRAVO to Referee Charles Bulu for the good work done”.

The Referees Committee which is mandated to review the performance of Referees by the Regulations stated that Referee Bulu applied the Laws of the Game, ‘Fair Play’ and stood firm and never got intimidated in any way form.

We will urge all match officials to emulate the standard of professionalism displayed by the centre Referee of the said game, the Committee’s report stated.

The Committee also expressed sympathy with the injured supporter and wished him a speedy recovery.

“The Referees Committee takes a dim view of violence at the various match centres and therefore, will not be pushed by the interests of clubs that can incite unfortunate developments asuch”.

“To this end we believe it’s only fair and proper to call on fans to visit the match centres but should desist from hooliganism. Since, that would not grow the game but cause loss of life’s and properties”, the Committee concluded.

Supporters of Asante Kotoko were livid in Sunday’s match and allegedly misconducted themselves after Referee Charles Bulu sent a player of the Club for violent conduct.