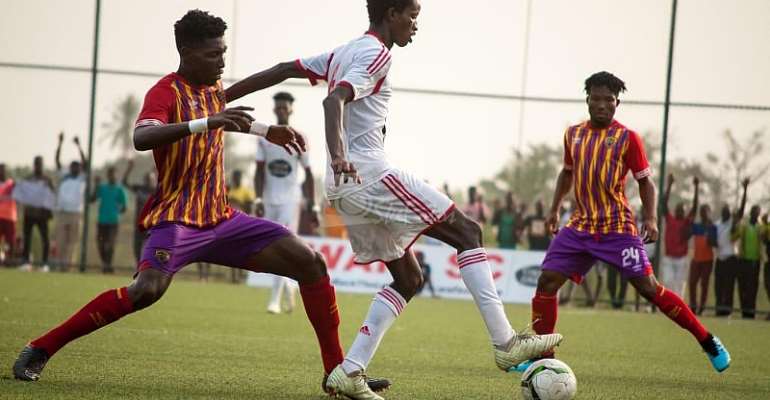 Interim coach of the Hearts of Oak, Edward Nii Odoom has heap praises on his players for playing according to his instruction against West African Football Academy [WAFA].

Hearts of Oak went unbeaten for the second straight match after they drew goalless at Sogakope.

The Phobians managed to keep their hosts at bay but they also needed a timely save from goalkeeper Richard Attah in the 65th minute to keep them in the game.

“The players did their best but I am must praise the supporters.

“I have known WAFA for a while now and my players played according to instruction.

“The players made sure they do not commit mistakes but coming to Sogakope and being able to pick a point is a good result for us.

“We will hope to build in this going forward,” he concluded.

Hearts of Oak will b hosted by Liberty Professionals at the Carl Reindorf Park in the week five fixtures of the Ghana Premier League.

The stalemate leave the Rainbow club at the 12th position with 4 points.