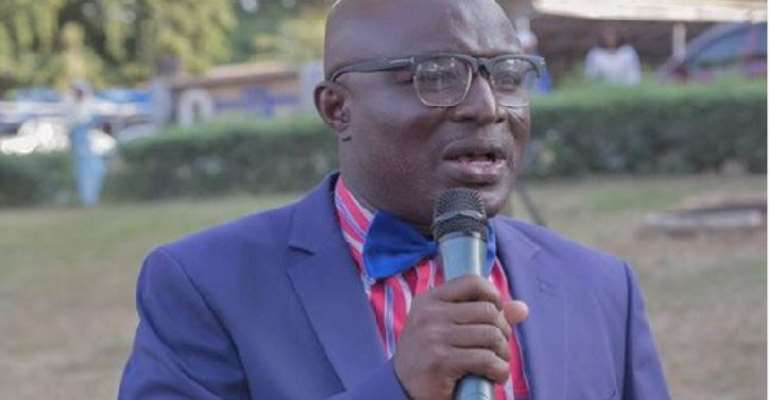 The appointment of CK Akunnor as the head coach of the Black Stars has dominated the headlines with many questioning if he has the requisite qualities to coach the national team.

But according to Mr Lamptey, the Kurt Okraku’s led administration are not helping in the development of football adding that naming CK Akunnor as the head coach of the Black Stars questionable.

“Why should we leave room for speculations if we say we are reforming our football after ‘Number 12’?” he told Asempa FM.

“We all know that CK Akunnor will take the Black Stars job with George Boateng and David Duncan named to assist him. For me, my question is that, what were the criteria used in selecting CK Akunnor?

“What was the legacy Kwesi Appiah left behind? For me, I am surprised with these appointments because this is what we crusaded for.

“Kurt Okraku is running friends and cronies at the FA. I am confused with the appointment of CK Akunnor because he has not coached any national team.

“We know what he has done with Kotoko, Hearts of Oak, Ashgold and Dreams FC but a national team job is different and that is why I asked for the criteria they used in selecting these coaches and especially CK Akunnor.

“I don’t think our football will progress when continue to behave this way,” he added.

Akunnor captained the Black Stars after the retirement of Abedi Pele.

His coaching started at Sekondi XI Wise in 2009. His big move came almost immediately as he was signed on as the head coach of Accra Hearts of Oak in 2012.

He then went on to join Dreams FC before Ashantigold and Asante Kotoko.

The likes of Mercy Tagoe, Paa Kwesi Fabin, Yusif Basigi, Karim Zito, Ibrahim Tanko among other head coaches have all been named as national team coaches.