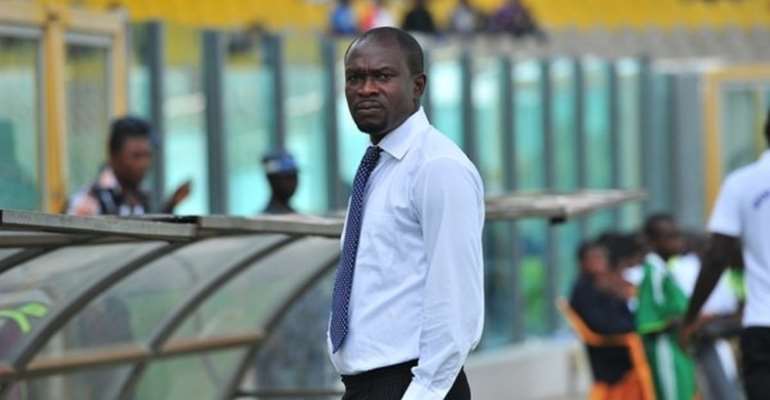 The Ghana Football Association has officially named CK Akunnor as the new head coach of the Black Stars.

The former Asante Kotoko trainer has signed a two year deal with the senior national team.

The 45-year-old will be assisted by David Duncan.
Here is the profile of CK Akunnor.
Charles Kwablan Akunnor (born 12 March 1974 in Accra) is a former Ghanaian international footballer. He has played as a versatile midfielder, mostly in Germany. He was the head coach of Asante Kotoko for nine months from 2018 to 2019.

Akonnor first came to Germany in 1992, along with friend and national teammate Samuel Kuffour. Having played for six years with Fortuna Köln (all in the second division), he switched in 1998 to VfL Wolfsburg.

At Wolfsburg, Akonnor quickly developed as a resourceful player and one of the teams' most important elements and, in 2001–02, was given team captaincy. However, at the start of the following season he was injured (a knee problem which required an operation in 2003), prompting a January 2004 move to SpVgg Unterhaching, in a second-level return.

In 2005 Akonnor moved to Denmark to play with AC Horsens, playing an important part in the team's consolidation in the Danish first division, where they had just arrived in the previous season.

He played one final season in Cyprus' top flight, with Alki Larnaca FC. In summer 2008, he left Cyprus and moved to Germany based club SC Langenhagen in the Oberliga Niedersachenliga-West. He played there until 18 February 2009 when he announced the end of his career.

Akunnor made 41 international caps. He was named captain of the Black Stars following Abedi Pele's retirement. However, he would never be recalled again after applying for (and receiving) German citizenship.

On 19 February 2009, Akunnor signed a contract as head coach for Sekondi Wise Fighters where he worked with his former national teammate Nii Lamptey as his assistant.

On 22 January 2010, he was named as the director of sport of the Sekondi Wise Fighters. His successor as head coach was Hans-Dieter Schmidt.

On 19 March 2012, Akonnor was named as head coach of the Glo Premier League club Hearts of Oak. His predecessor as head coach was Nebojša Vučićević.

CK Akunnor’s first major assignment will be the 2021 Africa Cup of Nations qualifiers against Sudan.