I turned Down Barcelona Job Because Chance Came Too Early - Xavi 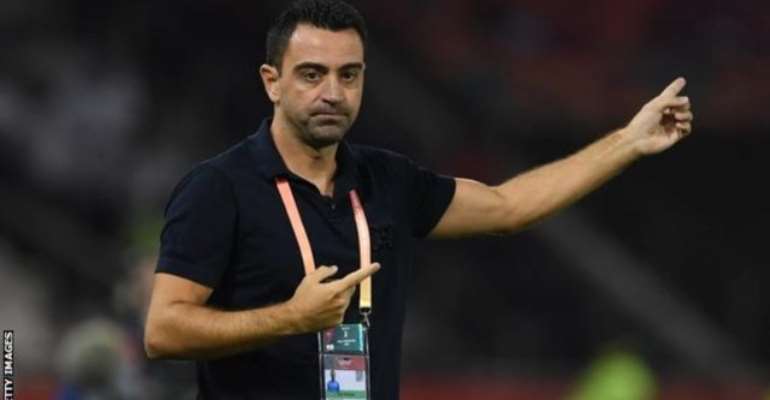 Xavi says he turned down the offer to manage his former club Barcelona last week because the opportunity came "too early" in his coaching career.

The former Spain midfielder has been Al Sadd's boss since his playing career ended with the Qatari club in May.

"I did not agree to this offer, especially as it is too early for me to coach Barcelona," said Xavi, 39.

"But it will still be my dream to coach the team in the future."

"I love the way he works and I expect him to succeed with the team," he said.

Ghanaians suffering due to mismanagement by Akufo-Addo, Bawu...
36 minutes ago