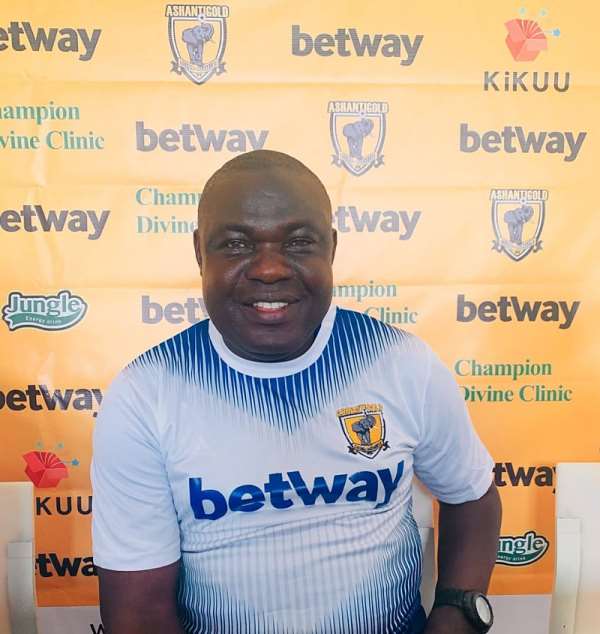 Interim head coach for Obuasi Ashanti Gold, Sherif Yakubu Mambo has applauded Legon Cities FC for their performance against his team on Thursday night in the Ghana Premier League.

The Miners beseeched the Royal club yesterday evening in a Match Week 4 fixture of the ongoing 2019/2020 Ghanaian top-flight campaign.

At the end of a pulsating encounter at the Accra Sports Stadium, both teams were forced to share the spoils after drawing goalless

In a post-match interview, assistant coach for Obuasi Ashanti Gold who is now the interim head coach shared that his opponent did well to contain his side throughout the 90 minutes.

“We were not able to deliver. The game itself came as a result of the performance of Legon Cities FC. I will say that they have done very well because we came in to beat them”, the gaffer shared.

Despite failing to win, Ashanti Gold is still unbeaten in the Ghana Premier League and with a good chance of challenging for the enviable title as they remain amongst the top four clubs.