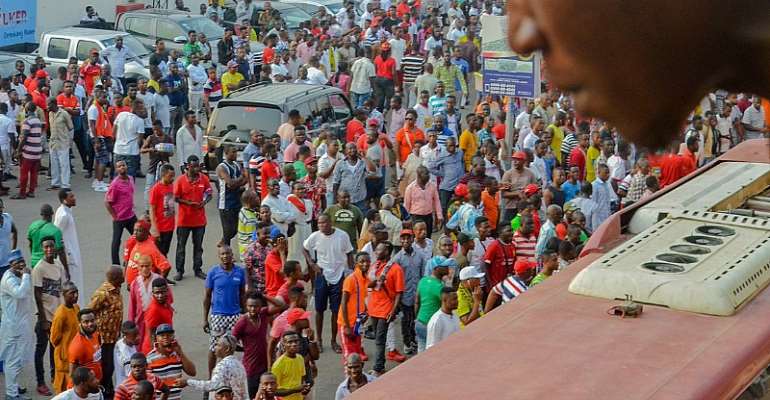 Editor of Kotoko Express, Jerome Otchere believes banning the club to play five matches behind closed doors with a fine of Ghc10, 000 is not enough.

Speaking on Citi FM, the astute journalist said, “I can give you countless violence that has taken place in our football.

“We say we are rebranding our football and if truly we don’t need this at this time. For me, the five home match ban and the Ghc10, 000 fine is not enough.

The Ghana FA on Wednesday charged the club for four misconduct in their matchday three fixture against Berekum Chelsea at the Baba Yara Sports Stadium.

The crowd violence led to one fan of the club being shot in the club by a police officer.

“We need to get rid of hooliganism from our stadia. I am sad because this is my club but the truth has be point out.

“It’s unfortunate but this must be condemned because we are coming from an era where this behaviour of supporters must not be entertained,” he added.

The hierarchy of the club have decided not to appeal against the ban by the Disciplinary Committee of the Ghana Football Association.

Kotoko have won two and lost two after four games in the league. They are currently ninth on the standings with six points.