GUSA Beef Up Security After Attack On Referee 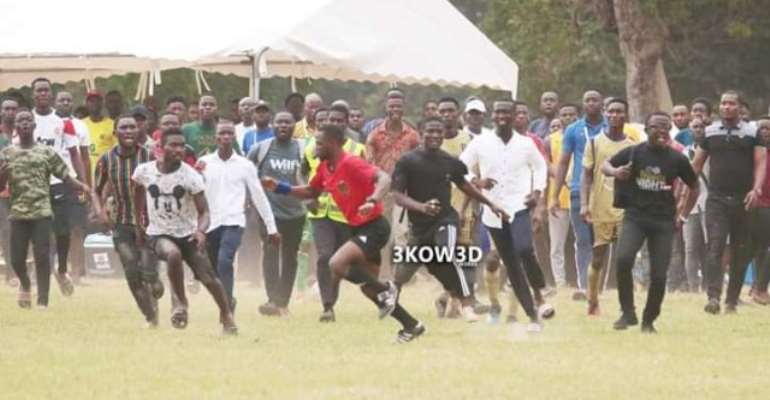 Ghana Universities Sports Association (GUSA) say security at match centres for the ongoing GUSA Games will be beefed up following an attack on a referee during a football match.

GUSA released a statement to condemn the unfortunate incident which has left a dent on the games which has earned alot of media and public attention.

They also assured, “all stakeholders and the public that it will not condone with anyone found to misconduct themselves at the games.”

The incident happened on Tuesday during the men’s football match between the University of Ghana (UG) and the University for Development Studies (UDS) at the Mensah Sabah field.

In the second half, a UG player was shown a red card by the referee for a cynical challenge. The decision, however, did not go down well with some students who invaded the pitch and tried to beat the referee.

The referee was saved by the security officials present. Three persons were arrested and are currently under investigation.

Below is the Full Statement: 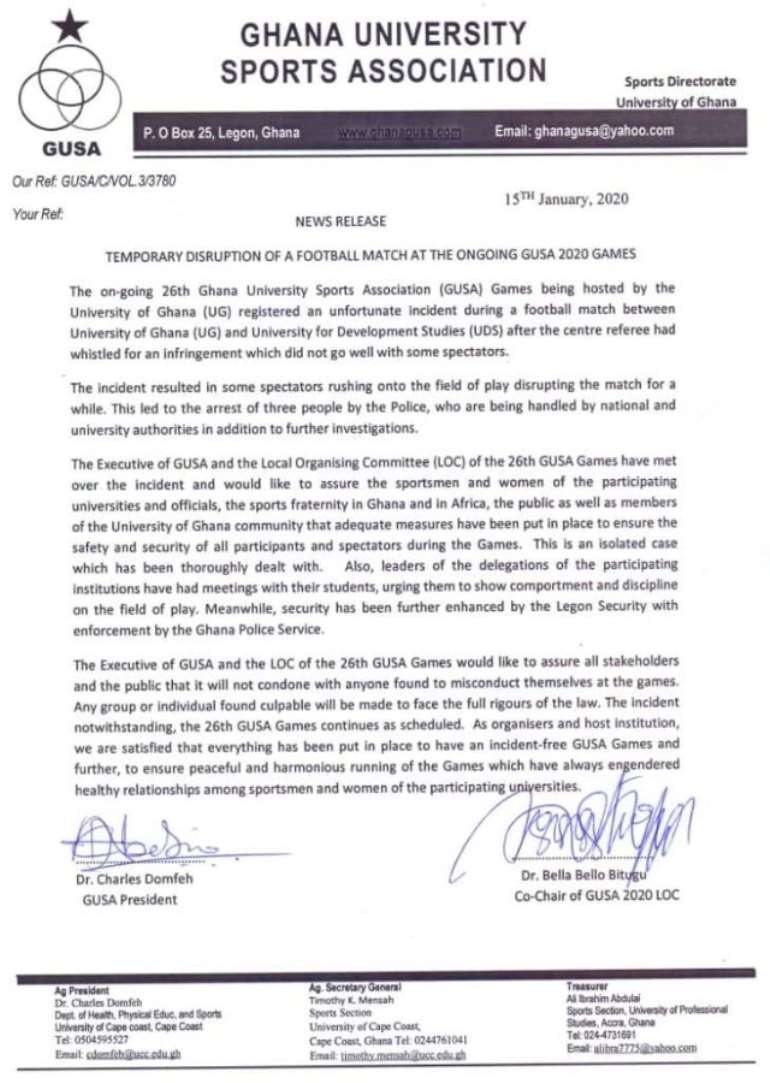 GUSA games will finish on January 18.
After 11 days of action, the University of Cape Coast (UCC) are top of the medal table with 45 medals.