CK Akonnor Is Good, But Not Ready For Black Stars 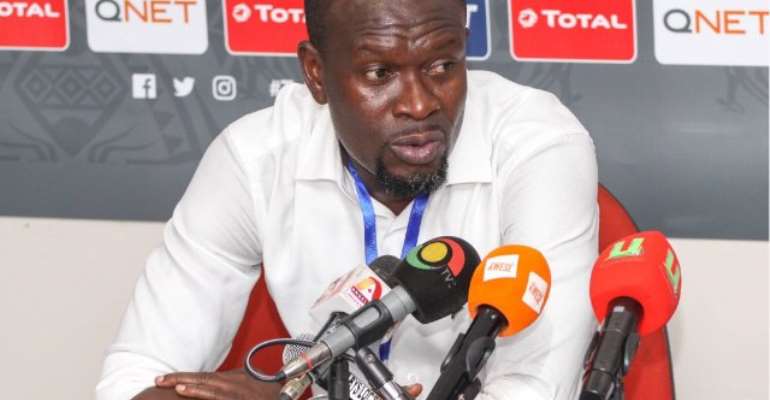 Nothing is straightforward when it comes to Ghana football, even more so when it has to do with selecting a coach for the Black Stars.

The non-football shenanigans often range from the outrageous to downright ridiculous. It is a complicated mix of emotions, politics, club loyalties and pettiness.

While the announcement of CK Akonnor hasn’t come as a surprise to many, it has been met with scepticism or at best cautious optimism. How Akonnor has meandered his way to the top job of head coach of the Black Stars six months after being axed by Asante Kotoko is intriguing.

In July 2019, CK left his role as coach of Kotoko after winning the NC Special competition and securing CAF Champions League 'money zone' qualification for the Porcupine Warriors. Three months later he was named assistant to Black Stars coach Kwesi Appiah, who had less than three months left on his contract. The public were largely calling for his head after an abysmal outing at the 2019 AFCON.

Another three months on, the Ghana Football Association announced the dissolution of all technical setups of the various national teams. Appiah’s contract would not be renewed. The initial reports were that he was to take over as interim coach but a little over a week later he’s emerged as the new head coach of Ghana’s senior national team.

There are more important considerations than competence according to football-loving Ghanaians. The fundamental requirement for becoming the head coach of any country’s foremost football brand, in my opinion, is competence, proven by coaching certification and track record, provided there aren’t any diplomatic barriers. But for most Ghanaians the issue of expat or local origin takes precedence. The discourse before Akonnor’s appointment - or better still, after Kwesi Appiah’s exit - has been heavy on the subject.

In many ways, Akonnor has benefitted from the discourse and of course the politics. It is an open secret that the reappointment of Kwesi Appiah had a lot to do with the powers that be. I cannot say same for Akonnor but he appears to have benefitted from government’s reported insistence on a local coach.

Don’t get me wrong, Akonnor is good but as far as being qualified for the Black Stars job goes, we’ve lowered the bar for him considerably. It would have been impossible for him to earn the position had the GFA looked beyond the shores of Ghana to allow foreigners a chance.

His ten years experience as a coach in the Ghanaian topflight has yielded two notable achievements - NC Special Competition and an appearance in the group stage of the Confederation Cup. His coaching badges, complimented by internship at former club Wolfsburg and, other top European clubs is better than most, if not the best on the local scene. He’s an excellent communicator and a decent tactician, something Kwesi Appiah was not in the estimation of most Ghanaians. His only experience with a Ghanaian national football team in a coaching capacity is the three months he spent as Appiah’s assistant.

How that equips him for the murky waters of the Black Stars technical head is a question he himself will struggle to answer. The bigger question is this: would these have been the stated requirements if the position had been opened to ex-pats? It makes sense to demand more if you’re going to pay more. Akonnor’s appointment is in many ways a concession that if we want the best, at least on paper, we look outside.

There are levels to the game of football. It explains why there are classifications or divisions. CK Akonnor has proven himself competent in the Ghanaian topflight but I do not think he’s equipped to navigate the waters of international football.

Managing egos in the Black Stars dressing room is a herculean task that requires the right temperament and experience. The political machinations inherent in the Black Stars make the job even more difficult. Our desire to have one of our own in charge is commendable but sacrificing competence is not an acceptable compromise. If the Black Stars win, will Ghanaians really care where the coach comes from?

Akonnor comes in at a critical time. The next AFCON is barely a year away and Ghanaians will demand that fifth AFCON title. Qualified or not, ready or not, he must deliver. He has an opportunity to make a name for himself and a case for local coaches. He’s earned the job in part because of the desire of a nation to have one of their own in charge. His every move from this point will be scrutinized to vouch for his competence or incompetence.

Best wishes to him.