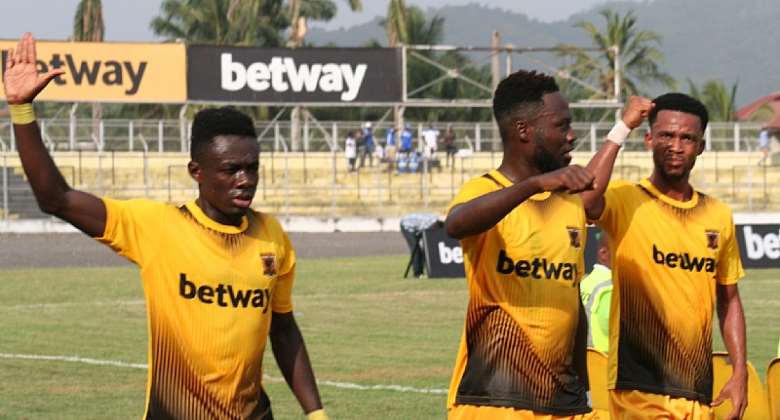 Obuasi Ashanti Gold has played a goalless draw game with Legon Cities FC this evening to earn a point as they remain unbeaten in the 2019/2020 Ghana Premier League season.

The two teams started the game on a low tempo, staying cautious to avoid conceding first.

The home team unlike their last home match against Kotoko, played as a composed side as they picked the best moment to attack on top of compact defending.

After half an hour, the Miners took control of the match and enjoyed the better share of possession in their quest to breach the defensive wall of their guest. Despite creating good goal scoring opportunities, they could not get on the scoresheet as the first half ended goalless.

At the break, head coach for Legon Cities FC, Goran Barjaktarevic made two changes as he replaced Sadick Sule and Papadopoulos Panayiotis with Ebenezer Nii Addy and Rahman Ahmad respectively.

That change in personnel gave the side energy up front but could not fetch the home team the desired goal.

A pulsating encounter from there on looked like any of the two teams could go on and grab the three points at the end of the match.

Following a number of missed opportunities, however, the match eventually ended goalless at the end of 90 minutes at the Accra Sports Stadium.

It is a result that Ashanti Gold will cherish more than Legon Cities owing to the fact that they remain unbeaten in the Ghana Premier League and still in the top-four.