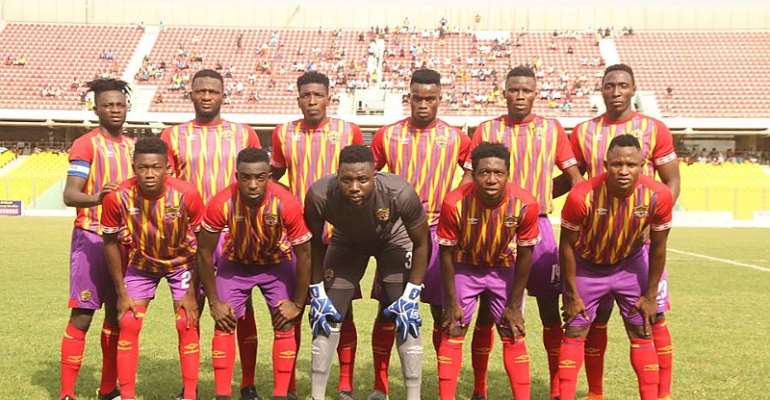 The Phobians will lock horns with the Academy Boys in a mouthwatering Match Week 4 fixture in the ongoing 2019/2020 Ghana Premier League season.

As the Accra-based club seek for a second win of the campaign, head coach Edward Nii Odoom has named a formidable side for the WAFA encounter. New signings Frederick Ansah Botchway and Emmanuel Nettey start for the Rainbow lads with in-form attackers Joseph Esso and Kofi Kordzi lead the lines.

Below is the Hearts lineup for the clash which kicks off at 15:00GMT at the Sogape Park this afternoon.