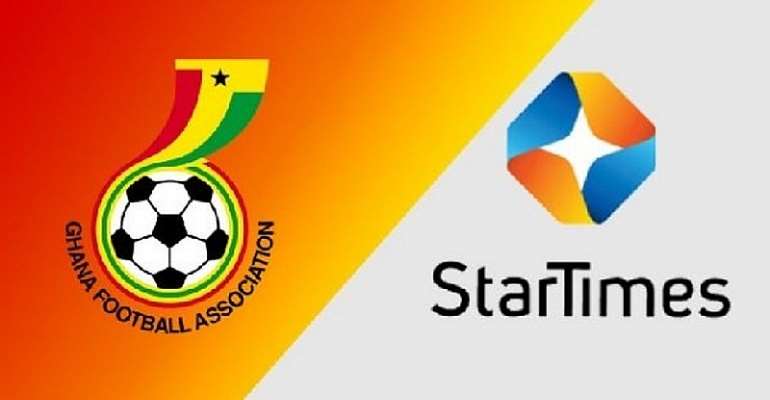 StarTimes Ghana has vowed to improve the view quality of the Ghana Premier League (GPL).

StarTimes, a pay-TV operator on January 8, was awarded the broadcasting right of the GPL and FA Cup for five years in a deal worth $5.25million.

According to Mrs. Banson, StarTimes remains committed to investing in the local game and was poised to give an enhanced viewing quality.

“We have invested heavily in the latest sports broadcast solutions in order to bring the quality of our productions and the image of the GPL to international standards which includes virtual advertising, comprehensive sports analysis, augmented reality technology, 3D graphics, and virtual live presenter among other technological advancements,’’ she told Asempa FM.

Mrs. Banson said that StarTimes would invest $1million on production and $500,000 on promotion of the FA properties acquired by StarTimes.

“StarTimes would provide the biggest and most advanced production by far with at least eight cameras for matches which improve the viewing of fans, delivering all the actions and emotions of games,’’ she added.

Meanwhile, StarTimes would broadcast at least three live games per match-day and 38 GPL matches in the first half of the season with all clubs given equal exposure.