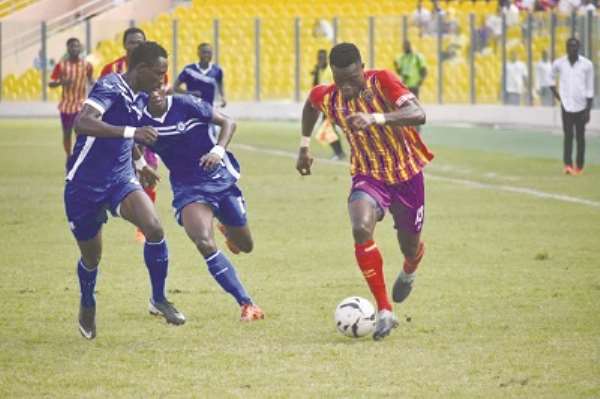 Accra Hearts of Oak has confirmed that forward Kwadwo Obeng Jnr has recovered from the minor injury he suffered in the team’s last match and is now available to play against WAFA in the Ghana Premier League today.

The skillful winger was in action for the Phobians against Ebusua Dwarfs last Sunday but was forced to come off in the second half after he picked up a minor sprain.

It was subsequently feared that he might miss the team’s trip to Sogakope in midweek for the tricky encounter against WAFA.

In a preview to the match, however, Hearts of Oak has confirmed that Kwadwo Obeng Jnr has been declared fit for the clash against the academy boys while indicating that head Coach Edward Nii Odoom has a fully fit squad.

“Coach Nii Odoom has a fully fit squad to choose from including Kwadwo Obeng Jnr who had to be pulled out of the Dwarfs game in the second half after a minor sprain”, Hearts confirmed on their Facebook page.

In line with that, Kwadwo Obeng Jnr has traveled with the team to the Volta Region and will play for the Rainbow lads if he is selected by his manager.

The match between Hearts of Oak and WAFA will be played at the Sogakope Park today and will kick off at 15:00GMT.