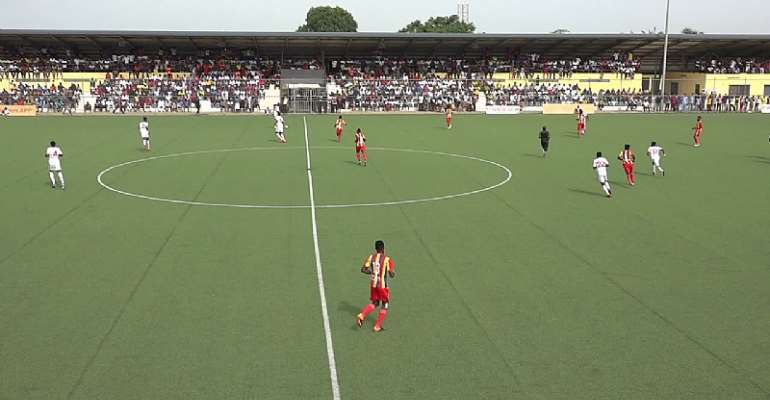 Ghanaian giant Accra Hearts of Oak will be in action in a tricky fixture against West Africa Football Academy later this afternoon as they seek a second win in the ongoing 2019/2020 Ghana Premier League season.

Matches between the two clubs have become of interest to football-loving fans all over the country in the last couple of years due to the results that emerge especially when the Phobians make the trip to Sogakope.

In 2017, WAFA recorded a 5-0 win against Hearts of Oak at the Sogakope Park, a result that haunts the Accra-based side until today. Though they managed to also beat the academy boys 4-0 last year, they want to get a bigger scoreline to avenge the mauling they suffered 3 years ago.

Later this afternoon, the Rainbow lads will have the first opportunity to that do for the first time in 2020 in a Match Week 4 fixture of the Ghana Premier League season.

WAFA’s better record in the first 3 games of the ongoing season plus the home advantage almost suggests that Hearts of Oak will once again be brushed aside at the end of the 90 minutes today.

Nonetheless, this is football and the visitors will hope they get their day to ensure they can go on to upset the hosts at their own backyard in order to return to Accra with maximum points.

The match will be played at the Sogakope Park this afternoon with a kick-off time set at 15:00GMT.