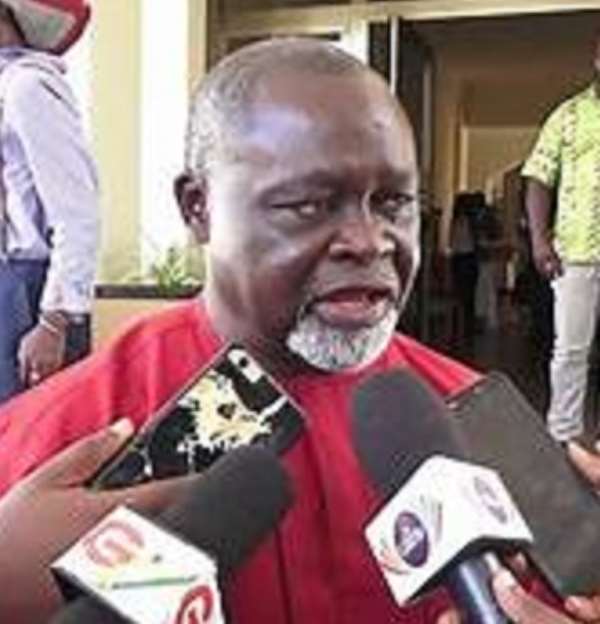 Boxing ‘professor’ Azumah Nelson has moved to halt a feud with boxing coaches in the country that could potentially have plunged the sport into complete disorder.

The coaches have been fuming over what they perceive as negative comments from Azumah who they felt have constantly disrespected them and raised doubts over their credibility and competence.

But the former world champion in an interview with the Times Sports yesterday said he has not disrespected any boxing coach.

“However, if they feel offended by some of my criticisms borne out of the disappointing manner our boys lose their titles and the way boxers are handled by the coaches, then I want to say sorry to them.”

Under the United Boxing Coaches Association of Ghana (UBCAG) umbrella, the coaches expressed their indignation at the former WBC featherweight world champion at a boxing stakeholders conference held at the Accra Sports Stadium last week.

The coaches demanded that Azumah shows them respect having been once trained by a local coach on his way to stardom.

“What does he mean by comments like there are no good coaches in Ghana? Azumah organises the Azumah Nelson Fights Nights and patronises the so-called bad boxers churned out by the bad coaches.”

The coaches said anytime there was a forum to discuss the future of Ghana boxing, Azumah would not attend but tells journalists in interviews that there are no good boxing coaches in the country.

They held the notion that the dynamics have changed and has become very difficult to get title shots; otherwise, Ghana would have gotten more title fights.

“Instead of criticising us always, he should rather offer support, encouragement and motivation to produce more champions and appealed to the government to invest in boxing.

Responding, Azumah apologised to the coaches if they feel offended but urged them also to be humble and accept the truth.

He said boxing is not just about throwing punches but an art that must be studied well to give the young boys a decent future in it.

“I get disappointed at the kind of boxers that leaves the country to go and fight and lose miserably. The boys must be taught how to defend themselves as well to avoid the punishment they take in the ring.

“I get concerned when I watch the way they beat our boys. We should take boxers who are ready for the task. It is clear the interest of the coaches and others are becoming paramount over that of the boxer. That means no disrespect.”

The meeting was attended by the Ghana Boxing Federation (GBF) president, Mr George Lamptey, a member of the GBA, Mr Laud Acquaye, Patrick Johnson, Secretary-General of the GBA and coaches from over 30 gyms in the capital as well as promoters and matchmakers.