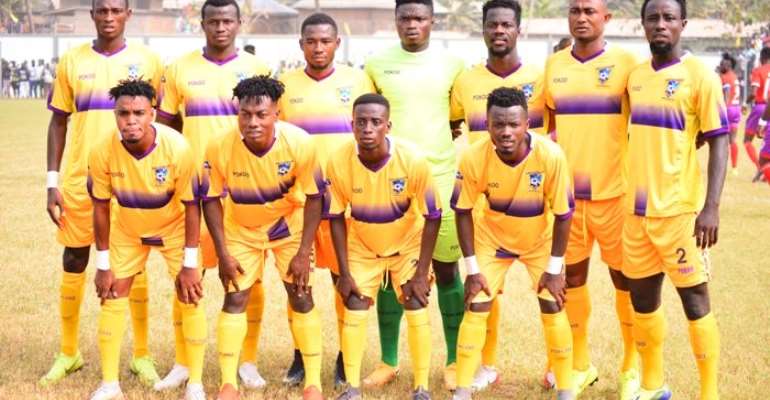 Head coach for Medeama Sporting Club (SC), Samuel Boadu has named his final 18-man squad for their clash against Kumasi Asante Kotoko in midweek in the Ghana Premier League.

The Tarkwa-based side has been phenomenal since the 2019/2020 Ghana Premier League season started. In the first 3 matches of the campaign, the Yellow and Mauves have managed to pick up 7 points and is one of a few clubs that remain unbeaten.

They are now billed for a titanic encounter with Asante Kotoko on Match Week 4 of the Ghanaian top-flight on Wednesday, January 15, 20202.

Ahead of the big game, coach Samuel Boadu has named his 18-man squad for the challenge against the wounded Porcupine Warriors.