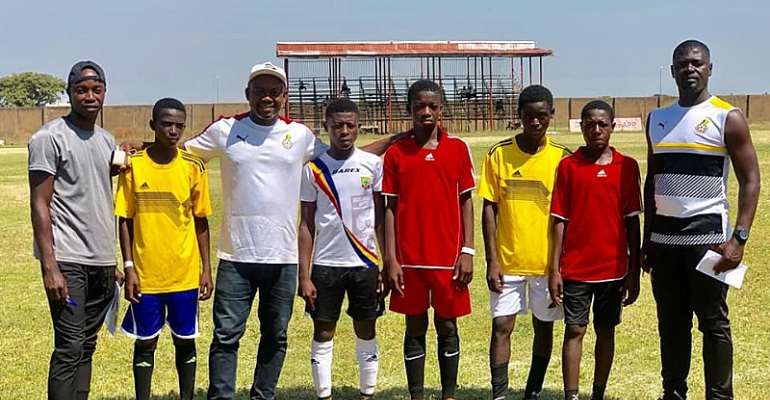 Current manager for Medeama Sporting Club (SC), Samuel Boadu has been retained as the head of the technical team of the Ghana U-15 national team.

The highly-rated tactician was in charge of the male junior team before the Ghana Football Association (GFA) decided to dissolve all technical teams of the various national teams.

Announcing appointed coaches for the country’s national teams today, the GFA has revealed that Samuel Boadu has been retained as the head coach for the Ghana U-15 team.

He will be assisted by coach Kobina Mensah with Isaac Amoako set to act as the goalkeeper's trainer.

Other members of the Technical Team are:
Isaac Amoako - Goalkeepers trainer
Felix Blewu - Welfare Officer
Issah Abdallah - Equipment Officer.
Dr. Kelvin Osafo Marfo - Team Doctor.
Meanwhile, the Ghana FA has also formed a Management Committee for the U-15 team. That committee will be chaired by Samuel Anim Addo who is known for unearthing talent in the country.