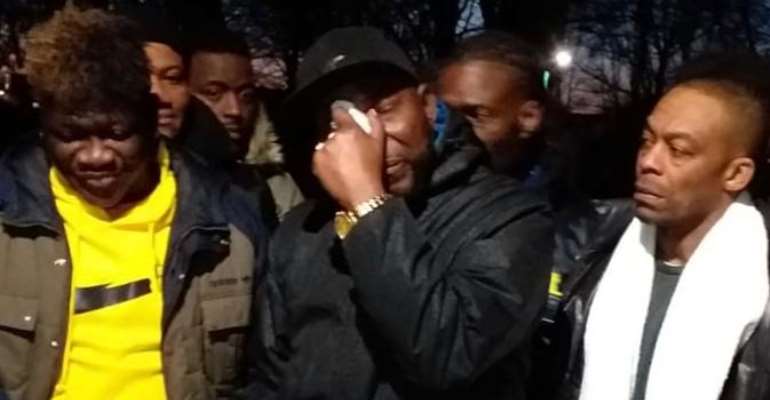 The farewell match for J. E Sarpong turned out to be more emotional after the veteran coach bid a tearful goodbye to the players, friends and Accra Academy old boys who had gathered at the Birchere Park last Sunday.

Sarpong has thanked everyone for their outpouring support, after disclosing “until this kind gesture, I was afraid and thought I never had somebody I could lean on”

In an emotional speech, the former SWAG award winner, twice had to grip Princeton Owusu-Ansah’s hands tightly and needed to pause several times as he struggled to overcome his emotion.

“I never thought somebody...some people out of a lot players I coached to come out and show me this appreciation”

“I don’t like to mention names at this time, because there are people who are richer than these guys who have organised this thing [match] who have passed through my hands,” he said.

The former Hearts and Kotoko trainer added: “I’m going back to Ghana with an idea that it’s good to do good at all times [because] you never know there would be a fall”

“In every sphere of life...anything you do and even you don’t get benefit...go ahead [and] you will go and meet the results somewhere.”

The 71-year-old will be leaving for Ghana probably this week.

Meridian F.C. had dominated early exchanges - having inspired by skipper Kwame Blay and Jonathan Nii Amui. It was little surprise that Karim put them in front before halftime.

The All-Star team were put under pressure with Obimpeh making series of saves to keep the score line low.

Meridian F.C soon lost control of the game after the visitors brought on Bernard Aryee.

But a minor injury had limited the performance of Daniel Edusei who was assigned to partner Aryee in the midfield.

Young David Gabor drew the All-Star team on level after 58th minutes when he capitalised on a defensive mishap.

Eric Akoto put the visitors in front from fine header before Kevin Ohemeng-Frimpong wrapped it up with a third goal.

Sarpong has coached the most teams in the Ghana Premier League, having taken charge of thirteen different clubs - Nine top-tier teams and four lower division sides.