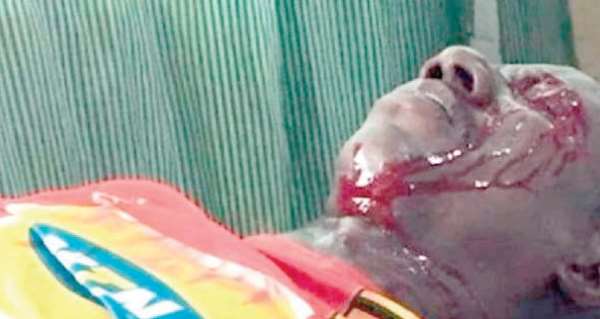 It has emerged that doctors at the Komfo Anokye Teaching Hospital (KATH) in Kumasi have removed four bullets from the head of a Kotoko fan shot by the police at the Baba Yara Stadium.

The said fan was hit by a stray bullet after Kotoko's 0-1 defeat to Berekum Chelsea at the Baba Yara Stadium on Sunday.

According to management member of Asante Kotoko, Nana Kwame Dankwah, the fan who was shot is a driver.

“The supporter who was shot by the police after yesterday’s game is a driver and he’s responding well to treatment. Four bullets have been removed from his head, but God being so good, he is now talking, “he told Kumasi-based Nhyira FM.”

The peace officer’s action has stirred the Ghana Police Service (GPS) to interdict the officer responsible for the shooting.

Meanwhile, the GFA has condemned the incident which occurred on Sunday, saying they will deal ruthlessly with any club or official who breaches the GFA's regulations and disciplinary code.