Refusal To Construct Astro-Turf Pitches Was Not Deliberate - StarTimes 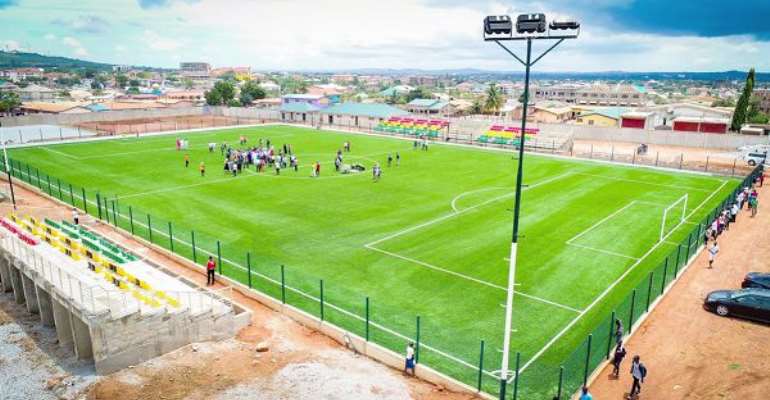 Mrs. Akorfa Banson, the head of StarTimes Ghana, has revealed that they were willing to construct the ten astroturf pitches for the Ghana Football Association until the airing of the ‘Number 12’ video.

The ‘Number 12’ documentary brought football activities in the country to a standstill.

The video which was premiered in June 2018 at the Accra International Conference Centre uncovered the rot in Ghana Football.

Top football administrator and top member of the FA’s hierarchy were exposed in the documentary.

Speaking on the Ultimate Sports Show on Asempa FM, Mrs Akorfa reiterated that they were willing to fulfil their part of the contract until the ‘Number 12’ video.

“After the first year of the deal, ‘Number 12’ was aired and football activities was halted.

“The Ghana FA was supposed to give us lands for the construction of the astroturf pitches.

“I am aware they gave us a place to begin the construction of one of the pitches but things couldn’t together properly.

“We have signed a new deal with the FA so we are now obliged to fulfil our part of the new deal but the construction of the pitches now does not exist,” she added.

The pay per view were to construct ten astroturf pitches across the regions.