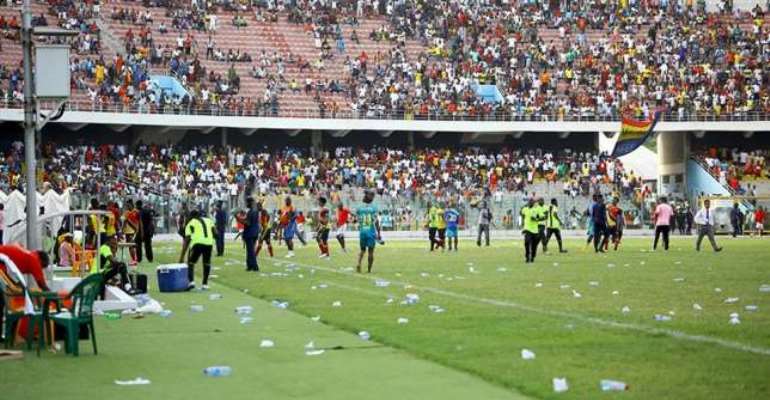 Asante Kotoko have called on the supporters of various Premier League clubs to end hooliganism at various stadia.

The matchday three fixture between Asante Kotoko and Berekum Chelsea ended up with a police officer firing a rubber bullet to supporters of Kotoko.

“The gentleman is doing well as at the time we were leaving Komfo Anokye Hospital yesterday,” the Public Relations Officer of the club, Kennedy Boakye-Ansah told Asempa FM. “The Kotoko management and Circle members did their best to ensure the supporter is well. We will go to the hospital this morning from there will be at t the police headquarters.

“He is having issues with the left eye as it stands. With what led to the incident we as a club will like not to talk about it and with the performance of the match officials, we prefer to keep quiet about it.

“There are only three things in football but when the match officials fail to perform, it better you keep mute about it.

“If you are giving a warning shot, I think the best thing do is to fire it in the air but it didn’t happen in that manner. I know the supporters were angry about some decisions of the referee but I think it’s a sad situation for Ghana football and we condemn such incident,” he added.

Kotoko lost the game by a lone goal at the Baba Yara Sports.

Don't succumb to pressure to support LGBTQI agenda – GMM to ...
49 minutes ago