Amin Adam Cuts Sod For The Construction Of Astroturf In Karaga 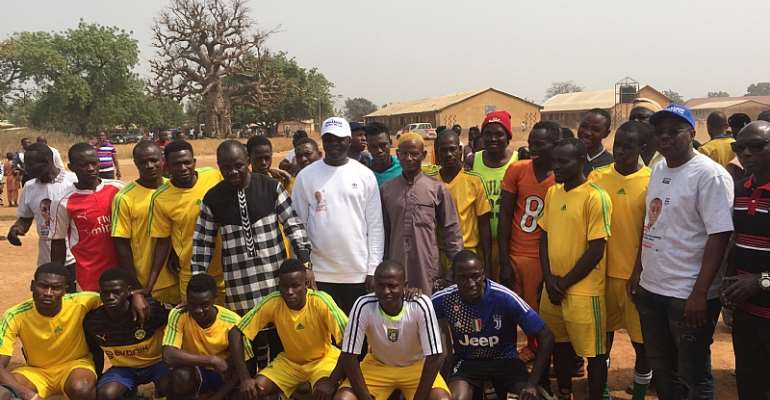 The Deputy Minister for Energy who doubles as the New Patriotic Party (NPP) 2020 Parliamentary candidate for Karaga, Dr. Mohammed Amin Adam has on Sunday, 11th January cut sod for the construction of an artificial turf football field in the Karaga District.

The AstroTurf field which is a social responsibility project of the Ghana National Petroleum Company (GNPC) was facilitated by Dr. Amin Adam to serve the football needs of the youth in the Karaga constituency.

The project to be constructed by Blag Ghana Limited will be completed in four months with fencing and floodlights for night activities.

Addressing the excited crowd after the sod cutting for the commencement of the project, Dr. Mohammed Amin Adam also known as Anta said “there is the need for us to identify talents in schools through soccer competitions. .....the current Soccer team in Karaga has to be supported to join the division one league hence the provision of the AstroTurf to facilitate these young footballers to become professional footballers”.

“Karaga is going to see an unprecedented development, the stadium is coming, construction of children’s ward underway, Abattoir is coming, Micro-credit for starts-ups coming, Anta scholarship fund to be established with a seed capital of GHc 100,000.00 to cater for Tertiary fees of needy students. One Teacher One Laptop programme to launched in March with the distribution of 100 laptops to teachers in the District and replicated annually,” Dr. Anta revealed.

On his part, Dr. Eddie Dankwa, Chief Operating Officer of Blag Ghana Ltd, the construction firm to execute the project said it will be a state of the art world-class facility in Karaga. He said the construction of AstroTurf in communities is in line with government and the GNPC’s vision to develop communities through grassroot football. Dr. Dankwa said Blag Ghana will be partnering with Green Fields in the Netherlands to execute the project.

Some dignitaries who graced the sod cutting ceremony included officials of the GNPC, the CEO of the National Petroleum Authority, Hassan Tampuli, some NPP Northern Regional Executives led by the Organizer, Rashid COP some chiefs in the area among others. 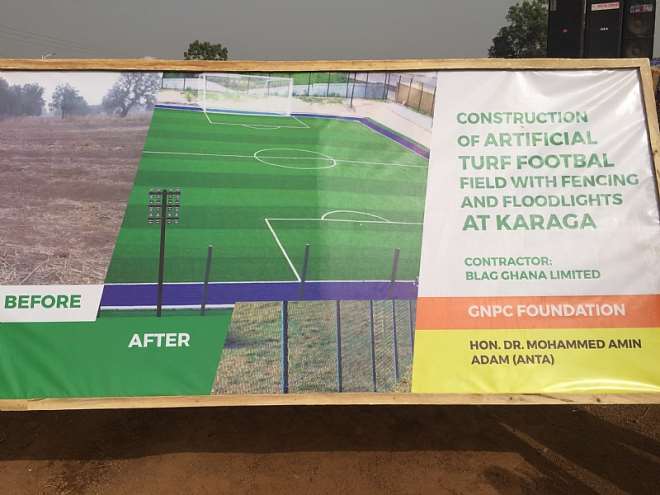