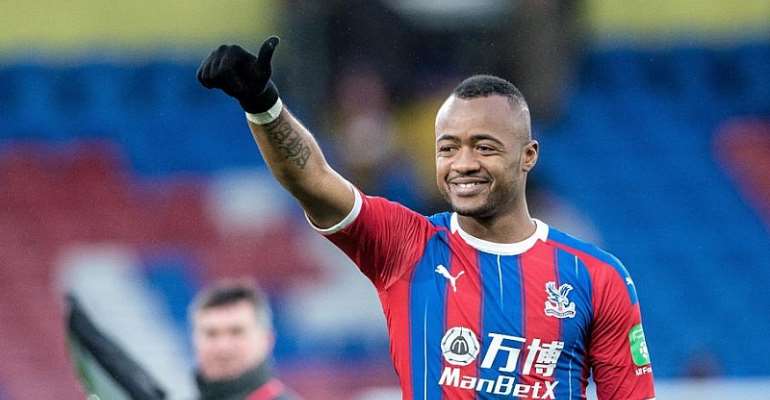 Gabon striker Pierre-Emerick Aubameyang showed his undoubted goalscoring prowess for Arsenal with his third goal in four Premier League games before being sent off for a reckless tackle that means he will miss big clashes with Sheffield United and Chelsea.

Here is a look at some of the key performances from Africans playing in Europe:

England
PIERRE-EMERICK AUBAMEYANG - Arsenal
Aubameyang showed why his predatory instincts will be missed by Arsenal when the Gunners' captain opened the scoring with his 16th goal of the season at Crystal Palace on Saturday, only to then be sent-off for a late lunge on Max Meyer that will see him suspended for three games.

JORDAN AYEW - Crystal Palace
Palace came back to earn a point prior to Aubameyang's dismissal in a 1-1 draw at Selhurst Park thanks to Jordan Ayew's sixth goal of the season, although the Ghanaian did get the benefit of a huge deflection to beat Bernd Leno.

France
ISLAM SLIMANI - Monaco
The Algerian forward snatched a point for Monaco in a compelling 3-3 draw at Paris Saint-Germain with his seventh goal of the campaign on Sunday. Slimani, who is on a season-long loan from Leicester, scrambled the ball home from close range after it was deflected into his path by Marquinhos, which led to the initial offside decision being overturned.

HAMZA MENDYL/JULIO TAVARES - Dijon
Morocco defender Mendyl lasted just 21 minutes on his return from suspension in Dijon's 1-0 victory over his former side Lille after he was sent off for catching Luiz Araujo in the ribs with his studs. Despite playing much of the game with 10 men, Dijon secured an important win as Cape Verde international Tavares scored the only goal shortly after halftime.

JOHN BOYE - Metz
The veteran Ghana centre-back, a 2015 Africa Cup of Nations runner-up, scored his first Ligue 1 goal for Metz to earn the struggling side a 1-0 win at home to Strasbourg. Boye, 32, turned home a rebound from close range after Matz Sels kept out a strong header from Ivorian midfielder Habib Maiga midway through the second half.

Italy
SEKO FOFANA - Udinese
Ivorian midfielder Fofana provided both assists for two second-half goals as Udinese beat Sassuolo 3-0 at home. Fofana set up Ken Sema after 68 minutes and Rodrigo de Paul in injury time to seal a third win in a row as the north-easterners consolidated their mid-table status.