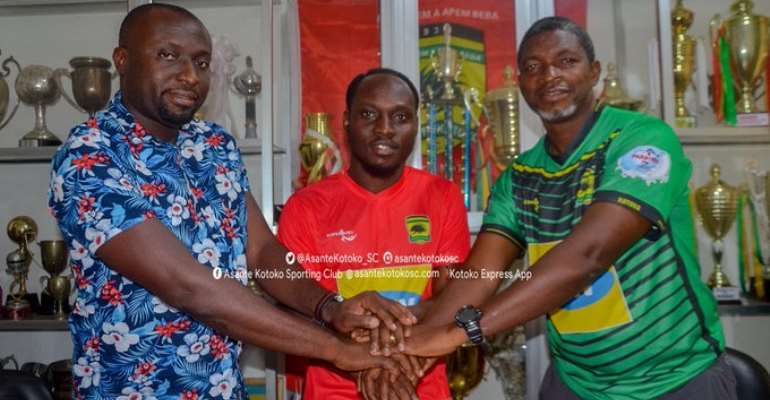 Asante Kotoko new signing, William Opoku says it is a dream come true for him to join the club.

The 24-year-old former American Super League (MLS) player joined the Porcupine Warriors on a year-long deal with an option for a further extension.

After completing his deal, the former Karela United midfielder says he grew up watching the club and been dreaming of playing for the club.

“I grew up hearing the names of former Kotoko greats like Opoku Nti, Dogo Moro, Baba Yara and Nana Arhin Duah," says the player whose idol is Senegal and Liverpool great, Sadio Mane.

"It has been my desire for years to be part of this club and wear the famous red jersey. I promise to give more than 100 per cent and asks that the fans support me.”

Opoku Mensah began his career along the Western coast, with Bayern Munich FC in Sekondi Takoradi before heading to University of Cape Coast Youngsters, Danbort FC and Eleven Wise.